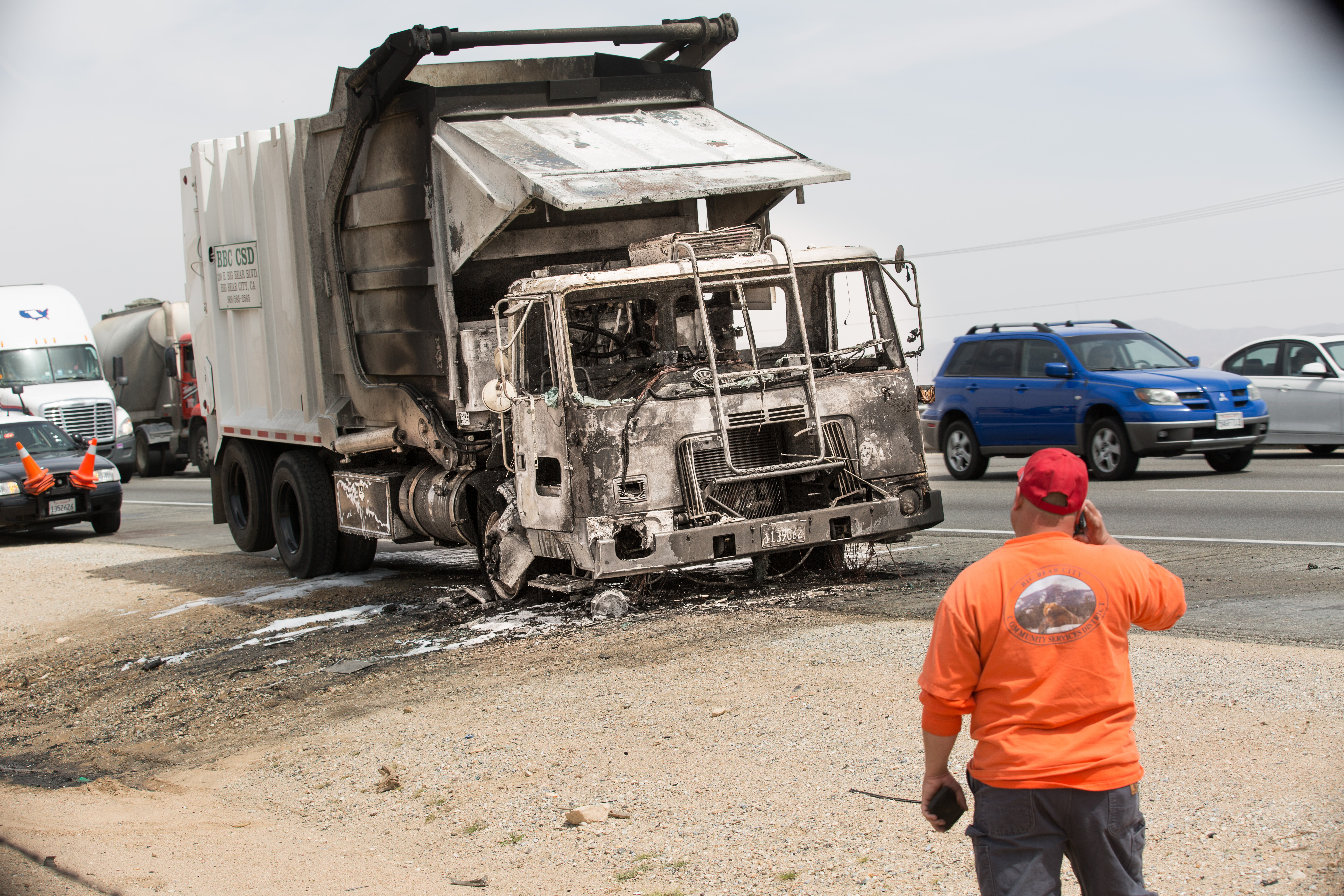 HESPERIA:(VVNG.com)- Traffic on the southbound 15 freeway near Main Street remains backed up for several miles following a garbage truck fire on the right hand shoulder.

The driver was able to pull onto the right hand shoulder and safely exit the truck. According to the driver, he attempted to put out the fire that started in the engine area using a fire extinguisher. Unfortunately, the extinguisher ran out and the flames over took the front cab.

Firefighters arrived and temporarily blocked the #2 and #3 lanes. Per CHP incident logs, approximately 1 gallon of fuel dripped from the truck onto the right shoulder.

No other vehicles or injuries were reported in this incident.

At 1:19 P.M., CHP reported all lanes had re-opened. Traffic remained backed up near the Bear Valley Road bridge.

For the latest news in real-time be sure to join our FB group VVNG.