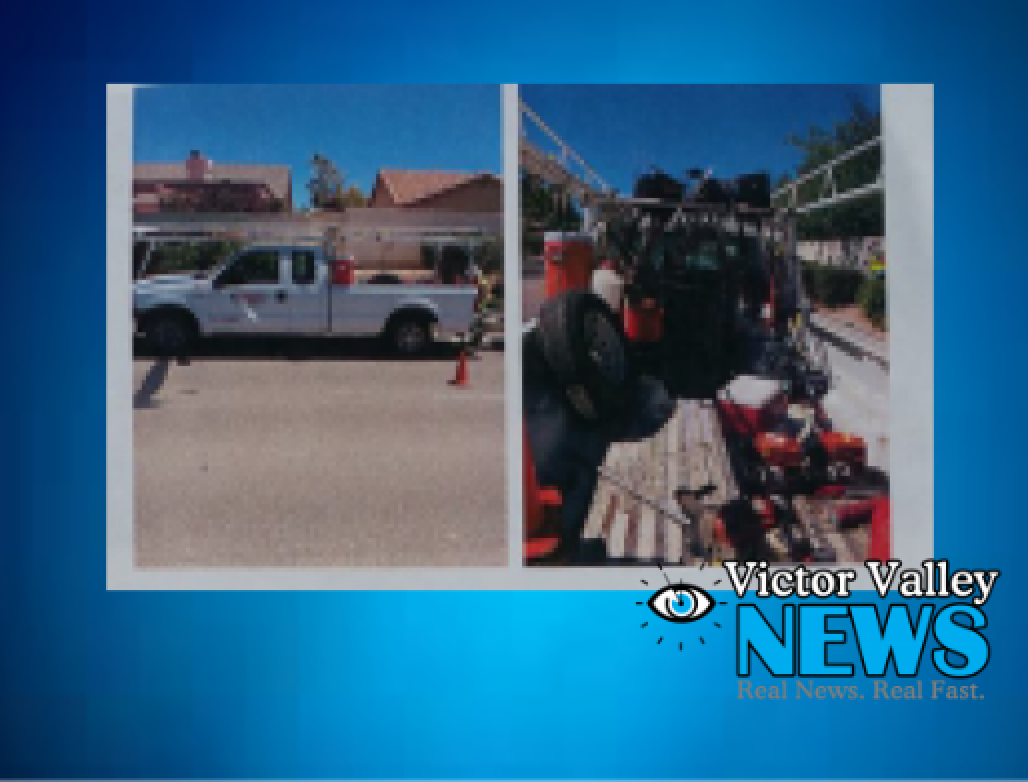 VICTORVILLE-(VVNG.com): Just before 10:45 a.m. on Monday morning workers from American Landscaping and Maintenance Inc. were working on Mesa Linda near the park. As the workers were preparing to leave, an unidentified male in his early 20’s walked by.

An employee of the company, ‎Jesus Garay‎ said that he was walking north on Mesa Linda picking up cones and signs they had set out. The suspect, described as a black male approximately 5’10″, was also walking north. Garay said that the man even talked to him saying, “Don’t you hate it when you forget something?” Moments later the man turned back walking in the opposite direction, stated Garay.

“I then saw him across the street at the bus stop, I thought he was just waiting for the bus. I was then going back toward the truck so I could continue to pick up the signs and cones, and that’s when I saw the guy get in the truck and drive off,” said Garay. He said that keys were in the truck since it is easier for the workers to move the truck when they need to.

The man was last seen in the white Ford F-250 with a white trailer full of landscaping equipment making a right on Mesa Linda toward Highway 395. If anyone has any information they are asked to contact the Victorville Police Department at (760)241-2911.