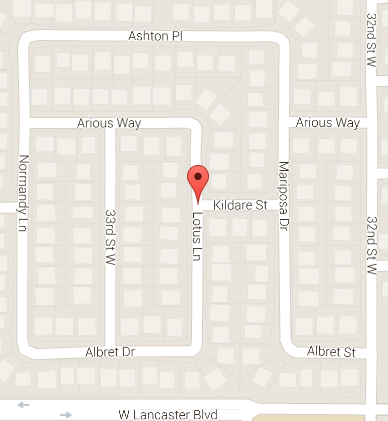 LANCASTER-(VVNG.com): On December 20th a 61-year-old man attempted to kidnap a 4-year-old girl.  The man, identified as Earl Duane Williams from Los Angeles, parked his RV near Kildare Street, grabbed the victim from her front yard and began to leave. The young victim screamed for help alerting her 13-year-old brother who yelled for help while grabbing his sister’s arm causing the defendant to leave the girl and flee the scene.

Williams was arrested, charged with one count each of kidnapping to commit another crime, kidnapping a victim under 14, lewd act upon a child and criminal threats. Deputy District Attorney, Jon Hatami said that after the defendant was arrested and being driven away, he threatened the victim’s mother and said he would come back.
The case allegations that Williams was previously convicted of crimes including assault on a peace officer and assault with a deadly weapon. If convicted of all charges, Williams faces a sentence of life in state prison.

The prosecutor is requesting that bail be set at more than $2 million. The case remains under investigation by the Los Angeles County Sheriff’s Department, Lancaster Station.