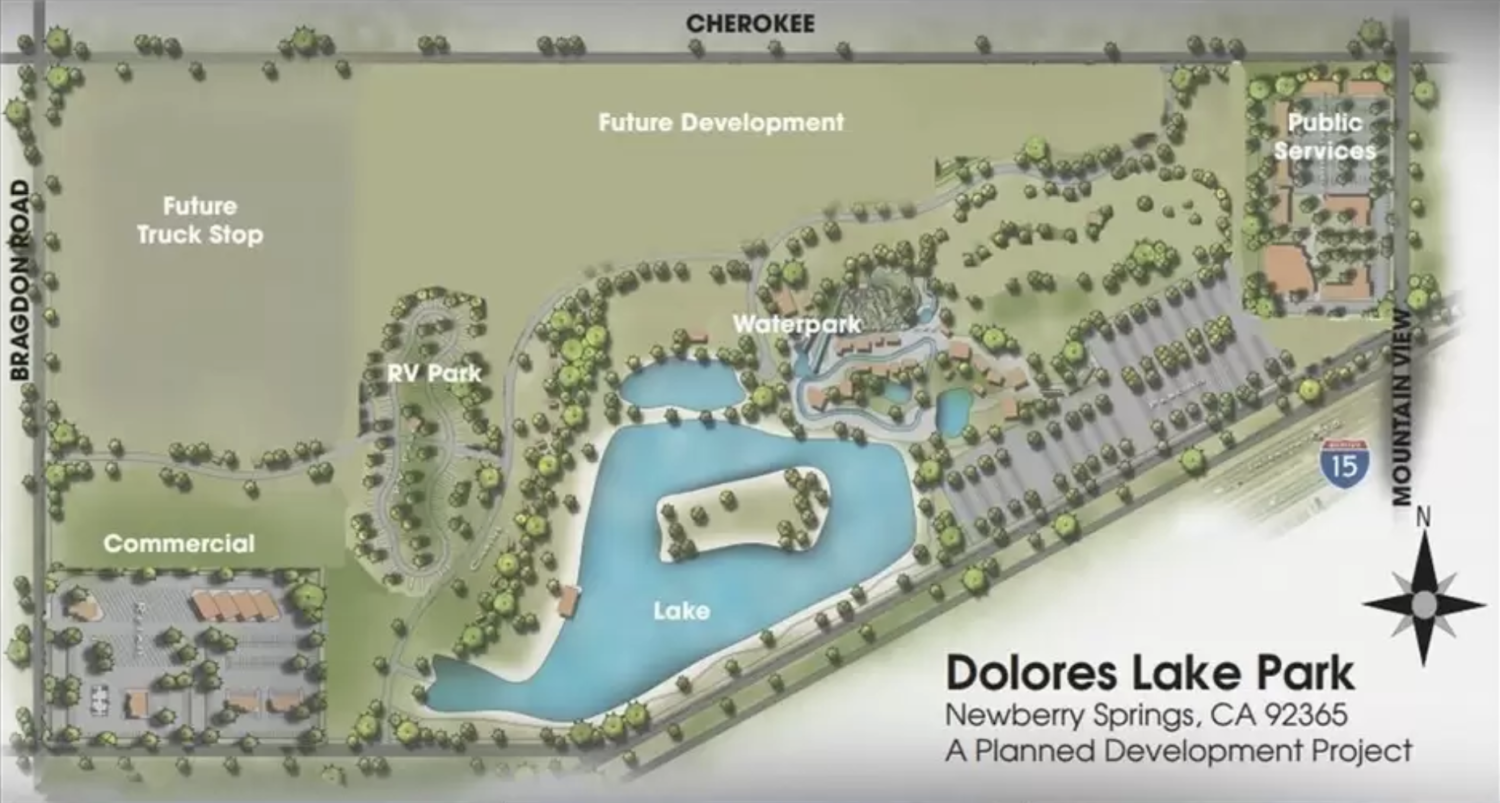 NEWBERRY SPRINGS, Calif. (VVNG.com) — If you’ve ever dreamed of owning a water park and have $11 million dollars to spend you can now buy Lake Dolores in the unincorporated community of Newberry Springs.

According to the listing on Realtor.com, Lake Dolores Park is a 251-acre commercial property fronting the I-15 freeway, with abundant water rights. The county has approved a general plan amendment that entitles the future owner to develop the entire property for commercial use.

The water park was closed in the 1980s and reopened for a few years as Rock-A-Hoola in 1998 and in 2002 as Discovery Park, before permanently closing in 2004. The now abandoned and vandalized park was closed for several reasons including poor attendance and a lawsuit filed by an employee that was injured.

The site plans include:

The listing is being brokered by Samina Mahmud from Irvine, CA. Public records show that the property was last sold in 2013 for $1.3 million dollars.