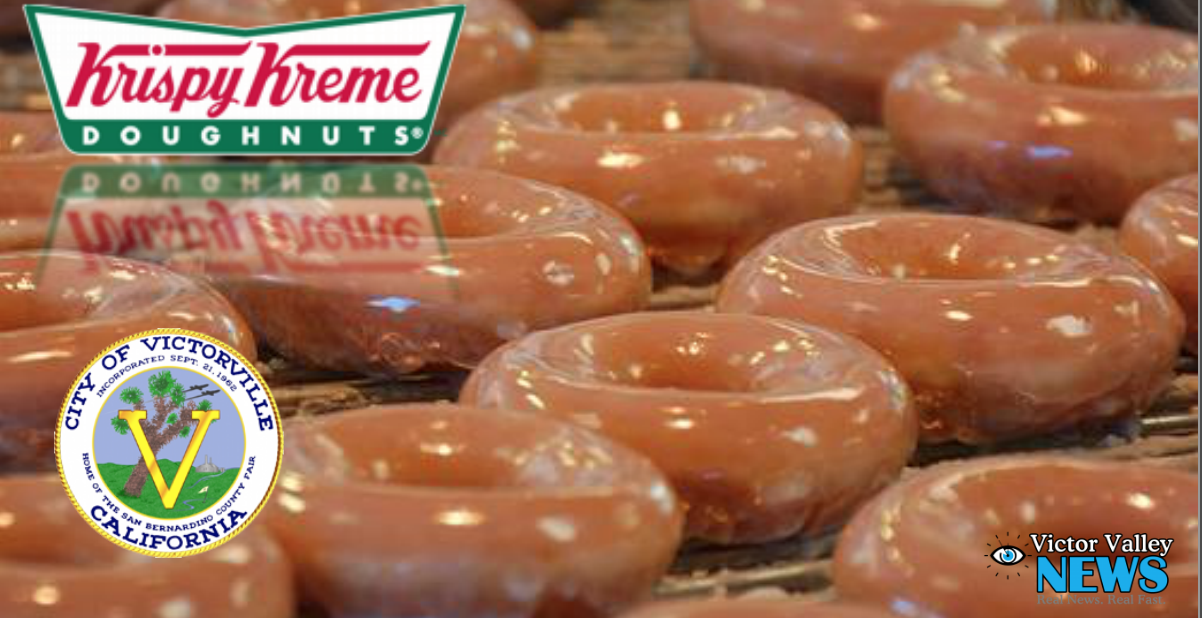 VICTORVILLE-(VVNG.com): The city of Victorville, in an announcement made on August 12th said the a Krispy Kreme Doughnuts has been approved to be a new occupant, and will begin building in the area between In-N-Out and Panda Express in the 15200 block of Civic Drive at the Roy Rogers Exit.

The 3,050 square foot plans include a convenient drive-thru and will be open 24 hours a day, seven days a week. The location, according to city officials will also employee somewhere between 8-10 employees per shift, bringing not only fresh baked doughnuts, but much-needed employment to the area.

Most Victor Valley residents, including the city of Victorville are pleased that Krispy Kreme Doughnuts will be moving in. According to the city’s announcement, the opening is set for the Spring/Summer of 2016.

“We’re excited that another major national retailer has chosen to build in Victorville. The buzz via social media in just the first few hours after Planning Commission approval is great to see,” said Victorville City Manager Doug Robertson.

The first Krispy Kreme Doughnuts was opened on July 13, 1937 in Winston-Salem, NC to begin selling their doughnuts to local grocery stores. According to the Krispy Kreme corporate website, people started requesting fresh baked doughnuts making the owner of the first location cut a hole into the wall to sell freshly baked doughnuts directly to customers.

Now a publicly traded company the popularity is evident by their current stock trading price being $18.40 per share. Inland Empire residents were first exposed to Krispy Kreme Doughnuts with the opening of the Ontario location in 1999.

With the closest locations currently being Ontario, Palmdale and City of Industry, it is no wonder why those moving from those areas or who are fans are pleased with the new move. Residents, except maybe for those dieting are excited about the concept of fresh Krispy Kreme doughnuts in Victorville. “It’s about time fresh doughnuts in the high desert,” said Christopher Anderson in a Victor Valley News Facebook Group post.