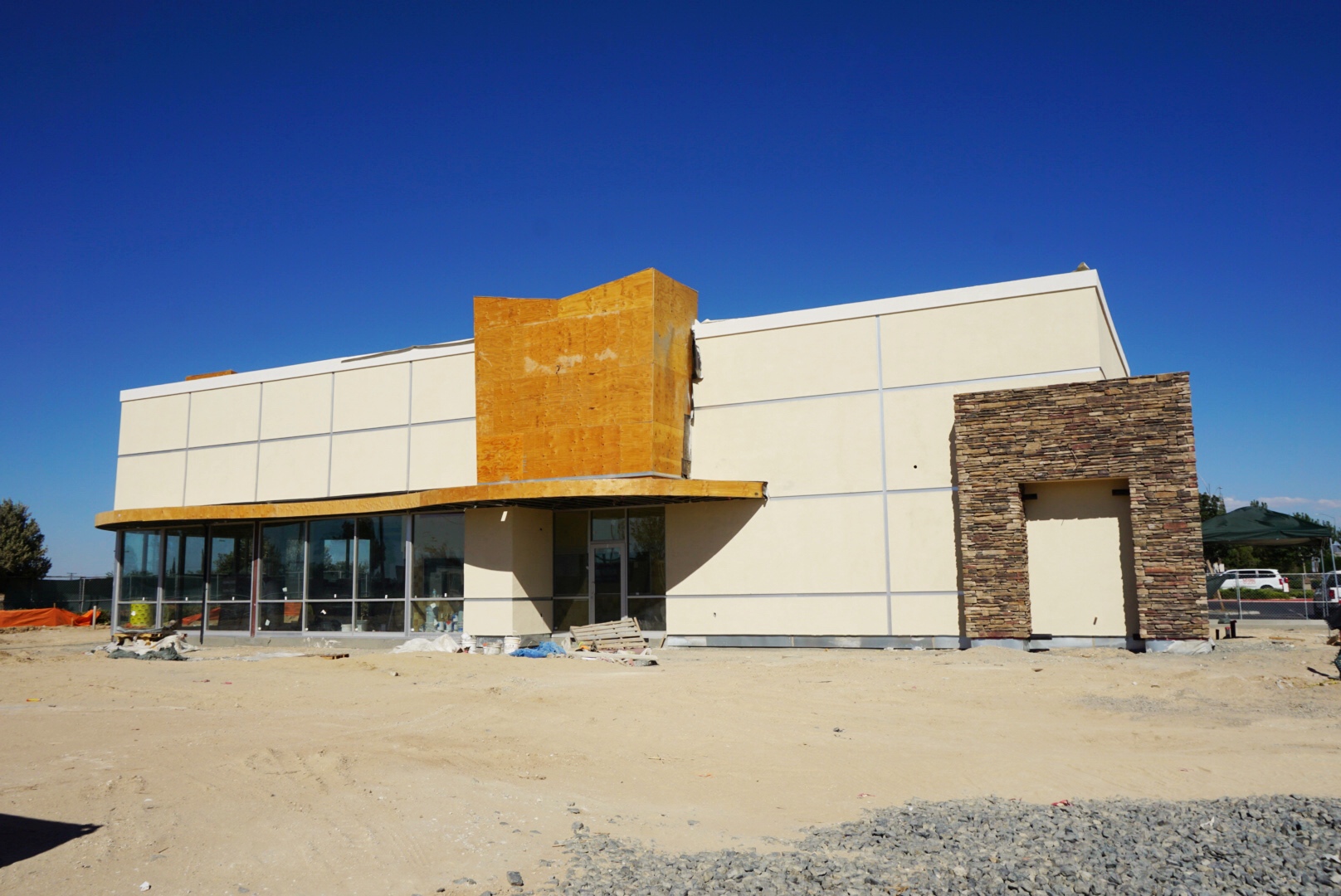 VICTORVILLE, Calif:(VVNG.com)- Construction on the Victor Valleys first ever Krispy Kreme Doughnuts is expected to be complete by the end of September.

The 3,050 square foot plans include a convenient drive-thru and will be open 24 hours a day, seven days a week. The location, according to city officials will also employee somewhere between 8-10 employees per shift, bringing not only fresh baked doughnuts but much-needed employment to the area.

The newly constructed Krispy Kreme Doughnuts will sit between the In-N-Out and Panda Express in the Desert Oasis Plaza located at 15290 Civic Drive in Victorville just west of the 15 freeway.

Victorville City spokeswoman Sue Jones said, they don’t have any official word about the grand opening but construction is expected to be complete by the end of September.

Grand openings usually mean giveaways for the first 100 customers. As of now, none have been announced. Be sure to follow Victor Valley News for the latest information.