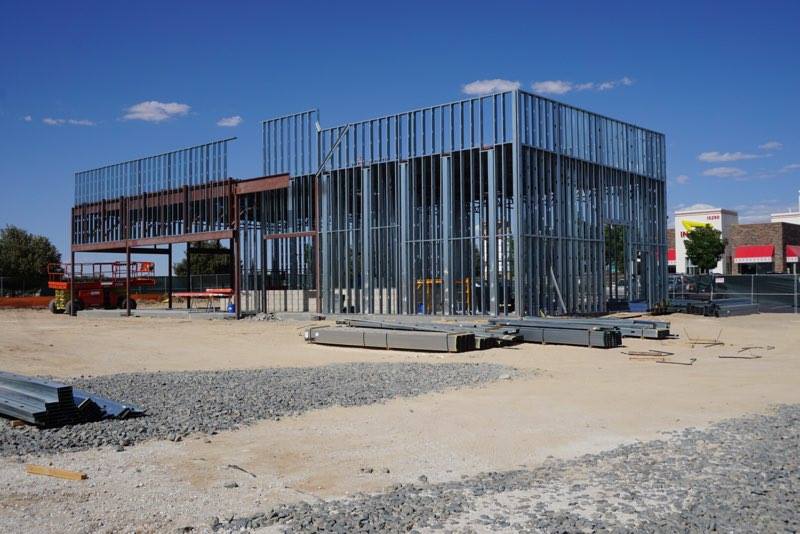 VICTORVILLE-(VVNG.com):  Victor Valley residents have been looking forward the opening of Krispy Doughnuts since the August 2015 announcement that one was coming to the 15200 block of Civic Drive.

Many have experienced these melt in your mouth doughnuts at the closest locations which include: Ontario, Palmdale and the City of Industry. The excitement has built as the construction has progressed showing that the completion is near.

The 3,050 24-hour Krispy Kreme Doughnuts is expected to add job opportunities for up to 10 employees per shift.

Groundbreaking on the property that sits near the In-N-Out Burger in the Desert Sky Plaza center, located just west of the I-15 freeway began in late March after the contractors pulled permits on Monday, March 21st.

In the months following major work has been done toward the completion of the building bringing questions from excited doughnut-lovers about the completion date.

The original completion date was projected to be by the Spring or Summer of 2016.  Victorville Director of Development Chris Borchert told Victor Valley News that the completion date is most currently projected for the end of August.