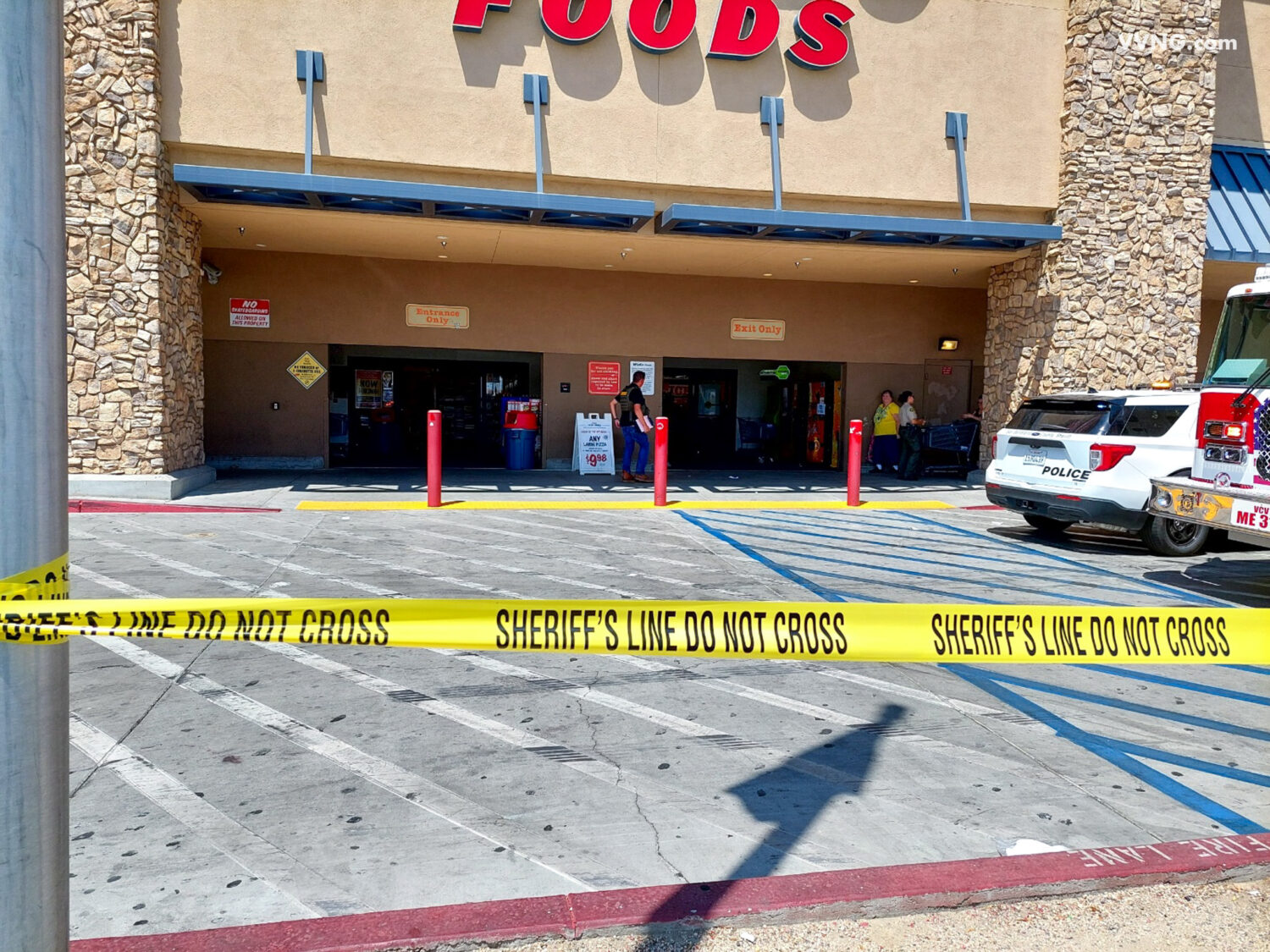 (photo by Travis Dixon for VVNG.com)

VICTORVILLE, Calif. (VVNG.com) — Authorities identified a knife-wielding man shot by police inside of Winco as Todderick Randall, 39, a resident of Victorville.

Sheriff’s officials said the caller reported a male subject was inside the store armed with a knife. Randall obtained a large bottle of alcohol from a shelf and began drinking it.

According to a news release, deputies arrived at the scene and contacted Randall, who continued to hold the knife.

“Deputies gave Randall multiple commands to drop the knife, but he refused. Deputies attempted to detain Randall, who resisted and fled on foot. Randall eventually stopped and confronted deputies with the knife, and a lethal force encounter (LFE) occurred,” stated the news release.

Randall was struck by gunfire and detained. Deputies rendered medical aid and Randall was airlifted to a hospital where he is in stable condition.

The Sheriff’s Specialized Investigations Division responded and is conducting the investigation.

Anyone with information regarding this incident is urged to contact the Specialized Investigations Division at 909-890-4908.  Callers wishing to remain anonymous should contact the We-Tip Hotline at 1-800-78-CRIME (27463) or go to www.wetip.com