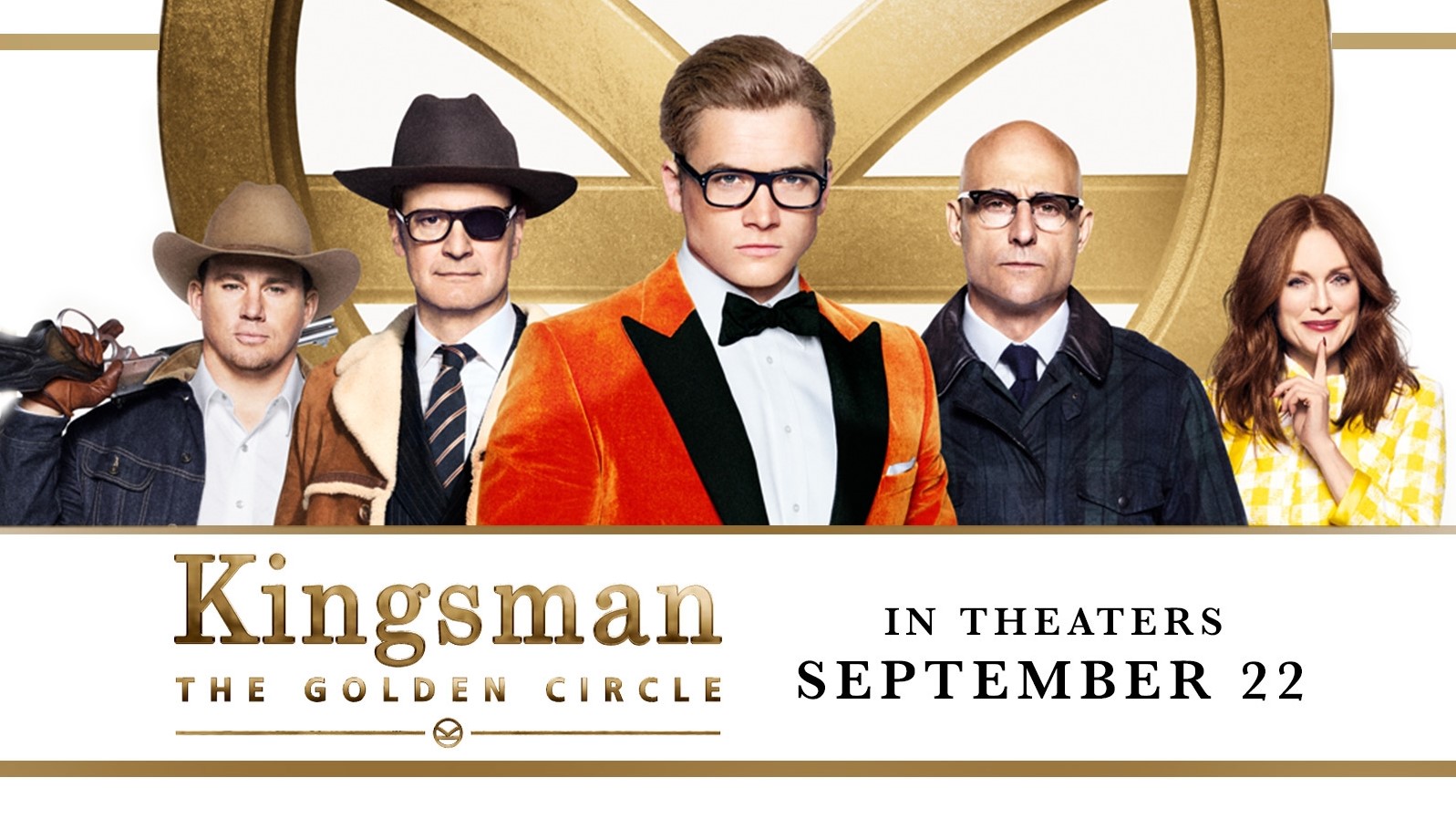 VVNG – Stick your pinky up and raise a glass to welcome back the Kingsmen. They have returned, and are ready to unleash a cornucopia of insanity upon your mind, with a movie that does not care about how completely bat-poop crazy it gets.

This flick is not worried about how absurd it is and it is not afraid to let loose and be as silly as it dang well pleases, NO! It just wants to go wild and make sure the audience is entertained and laughing their butts off. However, no matter how flawed it is or how farfetched or wacky it gets, it still stays surprisingly grounded (for most of the film) until it eventually takes off into complete madness… But, by then, you are already going to be having too much fun to care.

I give Kingsman: The Golden Circle, the “Checky™ Seal of Approval!” The entire cast in this film is brilliant. Shout-out to Julianne Moore, who is perfect as a sadistic psychopath. The story is perfect for this type of flick, and even though this is primarily a comedy, there is still plenty of frantic action that is awesomely shot and never confusing or nauseating. I do warn you though, that as much as I enjoyed this movie, it is far from perfect and it is not as good as the original, for a few reasons.

The film doesn’t feel consistent (eg, the drug use symptom timeline). Even though there are glimpses of the type of ultra-violence that was featured in the original, the action scenes are not as frequent, or grand, as in the first Kingsman (don’t expect a church scene type of fight). The way Colin Firth is brought back is TOO unbelievable, BUT, I love Colin Firth so much in the first one that I give this a pass. Like I said, there is an emphasis on the comedy in this action-comedy (not really a bad thing) and the silliness of the flick quickly and suddenly turns up to eleven because of the overuse of a certain pop-rock legend, who is otherwise fantastic in the flick.

However, if you ignore these things and just want to have a great time with these elegant men, then tell your kiddos you are going on a secret mission. Grab your coat and umbrella, and head on over to the theaters, so you can have a super enjoyable time watching this visually insane, hilariously silly and wonderfully frenetic flick that is as fancy as it is violent.

So, what did you think of Kingsman: The Golden Circle? Do you agree or disagree with me? Which flick are you checking out this week? Let me know in the comments below. Have a great day at the movies and don’t forget to save me some popcorn.

Official Synopsis: With their headquarters destroyed and the world held hostage, members of Kingsman find new allies when they discover a spy organization in the United States known as Statesman. In an adventure that tests their strength and wits, the elite secret agents from both sides of the pond band together to battle a ruthless enemy and save the day, something that’s becoming a bit of a habit for Eggsy.