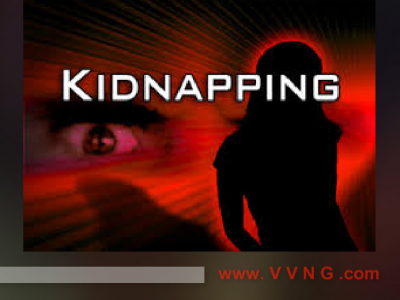 APPLE VALLEY-(VVNG.com): A kidnapping suspect is still at large as of Thursday evening.  At about 4:55 p.m. a 28-year-old female stopped a male bystander on Milpas Drive near the railroad tracks in the unincorporated area of Apple Valley.

Per scanner traffic, the female, who appeared to be injured, stated that she was kidnapped by a male subject on Wednesday from her Riverside Street home in Hesperia. The two reportedly spent the night in the desert near the railroad tracks. She allegedly stabbed the male suspect in the right side of the neck with a pen in order to get away. The male before leaving said he was going to kill himself and left in a white Dodge Ram with black trim going northbound on Milpas Drive.

Due to the mental state of the female victim, authorities were unable to get additional information. The victim was unaware of where the suspect may have been going following her escape. The victim was taken to the hospital for treatment of minor injuries.

A family member of the woman told Victor Valley News that the woman had a restraining order against the man.  She shared that the suspect is very abusive and was upset that the woman removed herself from the situation, which lead to the kidnapping. She said, “He took steel-toed boots to her face and the only object in her reach was a pen.” The family member, who asked to remain anonymous said that the female victim is now at home recuperating from her injuries.

At this time it is unknown if any arrests have been made.