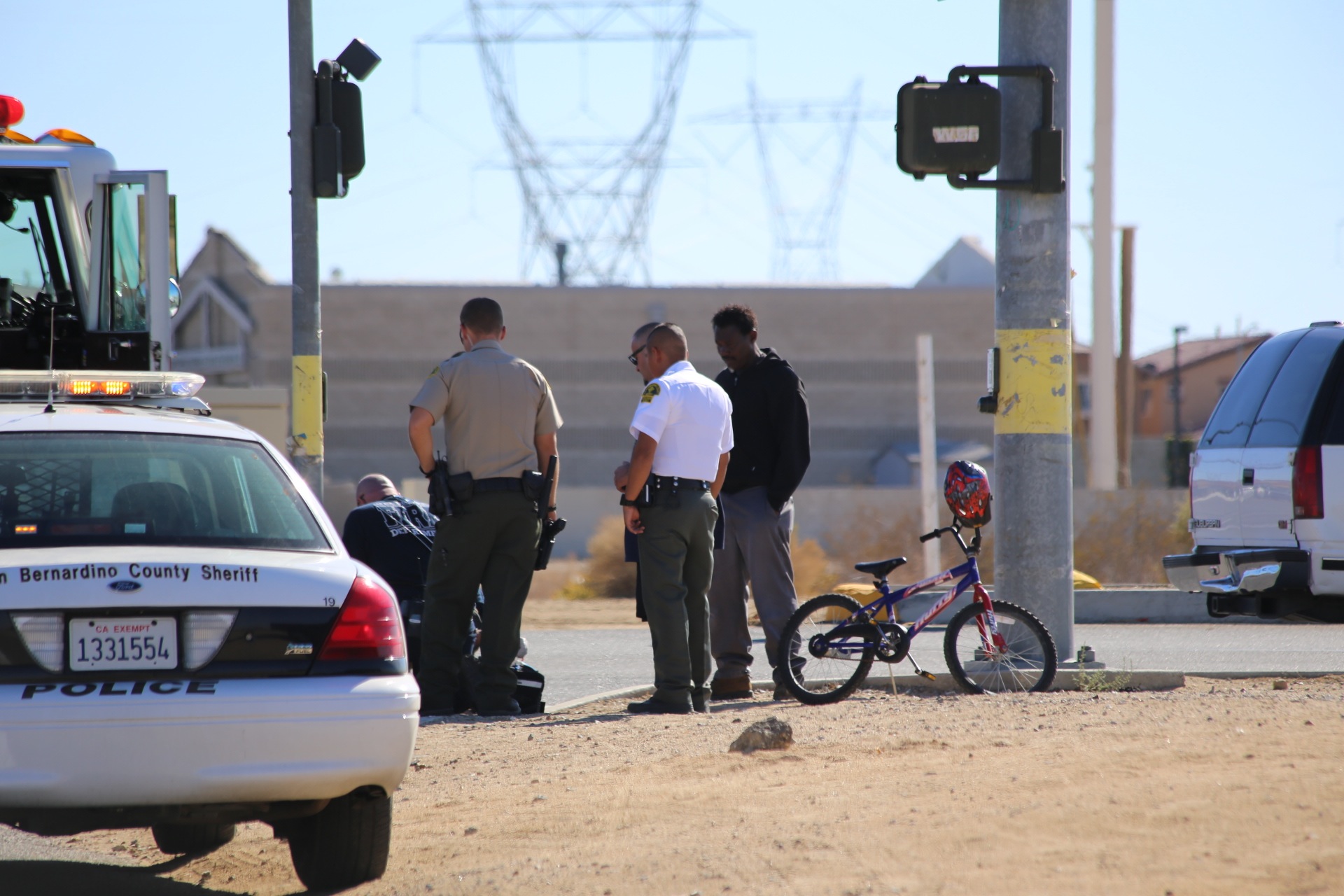 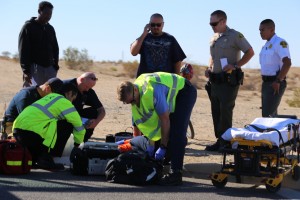 Victorville- Shortly after 2:30p.m. on Monday afternoon, a young child was struck by a white Chevy Suburban traveling west bound on Mojave Drive.

The incident occurred at the intersection of Mojave Drive and 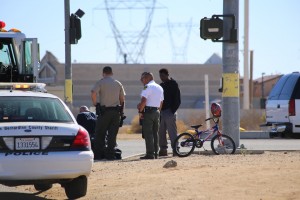 According to a VVNG commenter, Michael De Alba, he believes he witnessed the child just before the accident, “Omg no way! I seen a kid waiting to cross the light near Rite Aid holding a red helmet on his hand and I told myself please God, don’t let nothing happen to him because he wasn’t wearing a helmet. Oh God I hope it’s not him.”

A red Spider-Man helmet and a small youth bike were viewable at the location.

An adult male arrived on scene shortly after the incident and loaded the bike into a small pick up truck after speaking with emergency personnel, and it believed to be related to the child.

Fire personal treated the boy for injuries at the scene while waiting for AMR to arrive. The boy was taken by ground ambulance to an area hospital, his injuries remain unknown. 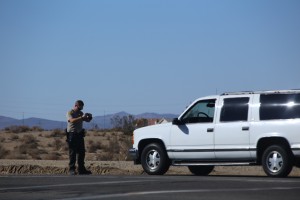 The exact cause of the accident is unknown at this time however, the driver of the vehicle did remain on  scene and appeared to have cooperated with authorities.

Please join our live newsgroup to follow this story and more. www.facebook.com/groups/victorvalleynews