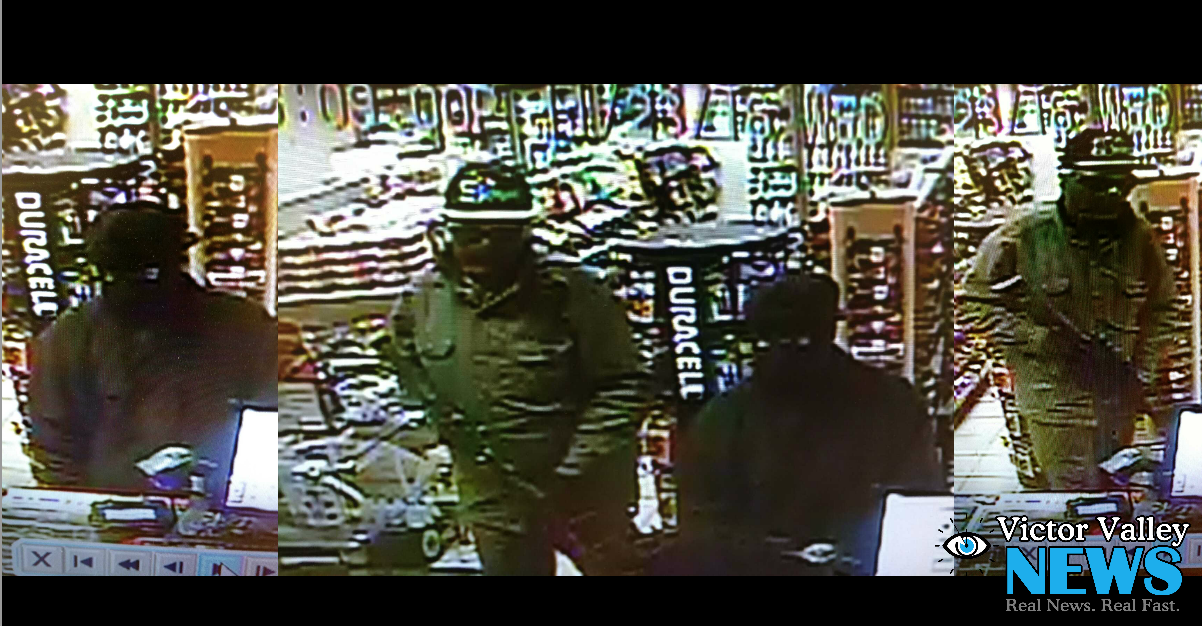 BARSTOW, Calif.(VVNG.com)– Deputies from the Barstow Sheriff’s station are seeking information regarding an armed robbery at Kelly’s Market in Newberry Springs.

According to a Sheriff’s press release, one suspect held the store clerk at gunpoint, while the second suspect demanded money and cigarettes. The store clerk complied with the demands and handed over the items. The suspects fled the scene in a dark-colored truck.

Anyone with information regarding this investigation is encouraged to contact the Barstow Sheriff’s Station at (760) 256-4838. Callers wishing to remain anonymous are urged to call the We-tip Hotline at 1-800-78-CRIME (27463), or you may leave information on the We-Tip Hotline at www.wetip.com.

3 Arrested For Possession of Stolen Property in Apple Valley