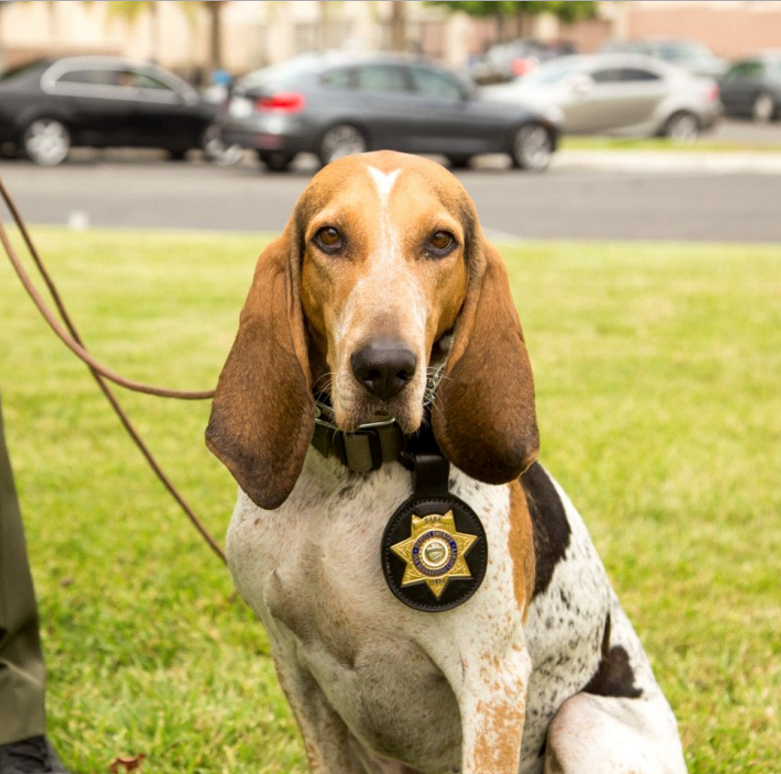 LUCERNE VALLEY-(VVNG.com):  K-9 Officer “Ellie” tracked deputies to a man that was wanted for torture, false imprisonment and assault with a deadly weapon on Sunday morning. Deputies from the Victor Valley Station responded to the report of a kidnapping just before 8:45 a.m. on Sunday.

The victim told authorities that the suspect, identified as 34-year-old Lucerne Valley resident, David Ignacio Silva lured her to his home, where he tied her up and held her captive while torturing and assaulting her for several hours. The woman said that after he took her home at which time she called authorities.

Upon deputy arrival, the victim was able to point out suspect footprints in the desert showing the direction in which he fled the scene. Although deputies were able to track the footprints for several hundred yards where they were lost on hard packed dirt.

San Bernardino County K-9, “Ellie” responded to the scene and lead authorities to a motorhome in 11800 block of Midway Road. A search of the motorhome lead deputies to Silva, who was hiding inside. He was taken into custody and booked into the High Desert Detention Center. He is being held in lieu of $500,000 bail. Silva is due at the San Bernardino County Superior Court on Tuesday afternoon for an arraignment hearing.