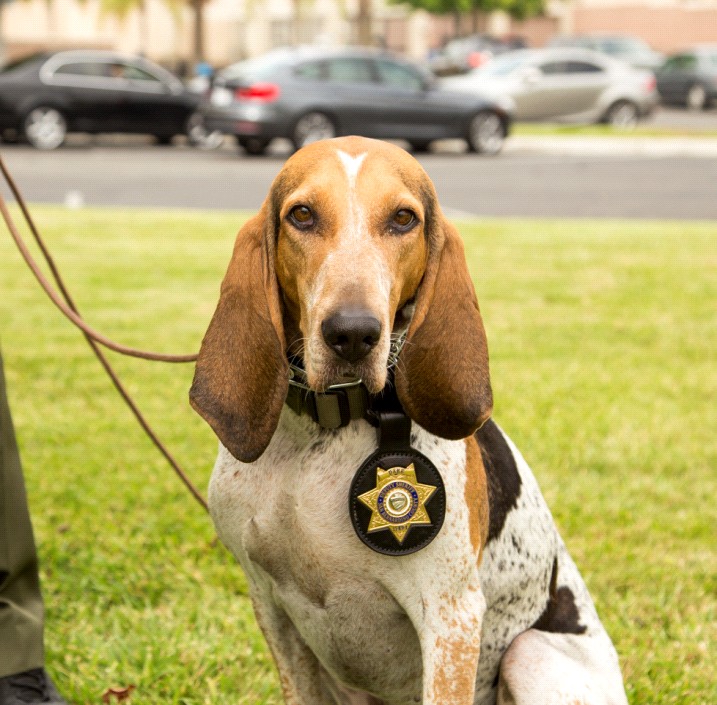 ADELANTO:(VVNG.com)- On Tuesday, September 8, 2015, at approximately 10:42pm, deputies from the Victor Valley Sheriff’s Station received a 911 call from the 11000 block of Star Street in Adelanto. According to the caller, two male adults were seen in the area tampering with vehicles.

Deputies immediately responded and arrived in the area within 4 minutes. Deputy Kamden Lang located the suspects, identified as 18-year-old Gabriel Duran and 23-year-old Zachary Crawford, rolling a vehicle out of a driveway and attempting to drive it away. The suspects were taken into custody without incident.

Deputy David Moyer and K-9 “Ellie” assisted with the investigation. Ellie was able to track the scent of the suspects from where the original 911 caller stated the suspects were seen tampering with the vehicles. Ellie, who is a certified trailing canine assigned to the Victor Valley Sheriff’s Station, stayed on the suspect’s scent through numerous lawns, sidewalks and road crossings for approximately ½ mile directly to the location of their arrest. Ellie’s findings will be used as evidence in the criminal prosecution of Duran and Crawford.

Ellie just completed a two week intensive training and this was her first official day back on the job. The trailing services which are being provided by Ellie are enhancing the resources already available to the citizens of the High Desert. Ellie will be utilized to assist in locating suspects as well as missing persons.

Anyone with information regarding this investigation is urged to contact Deputy Kamden Lane (760) 552-6800. Callers wishing to remain anonymous are urged to call the We-tip Hotline at 1-800-78-CRIME (27463) or you may leave information on the We-Tip Hotline at www.wetip.com.