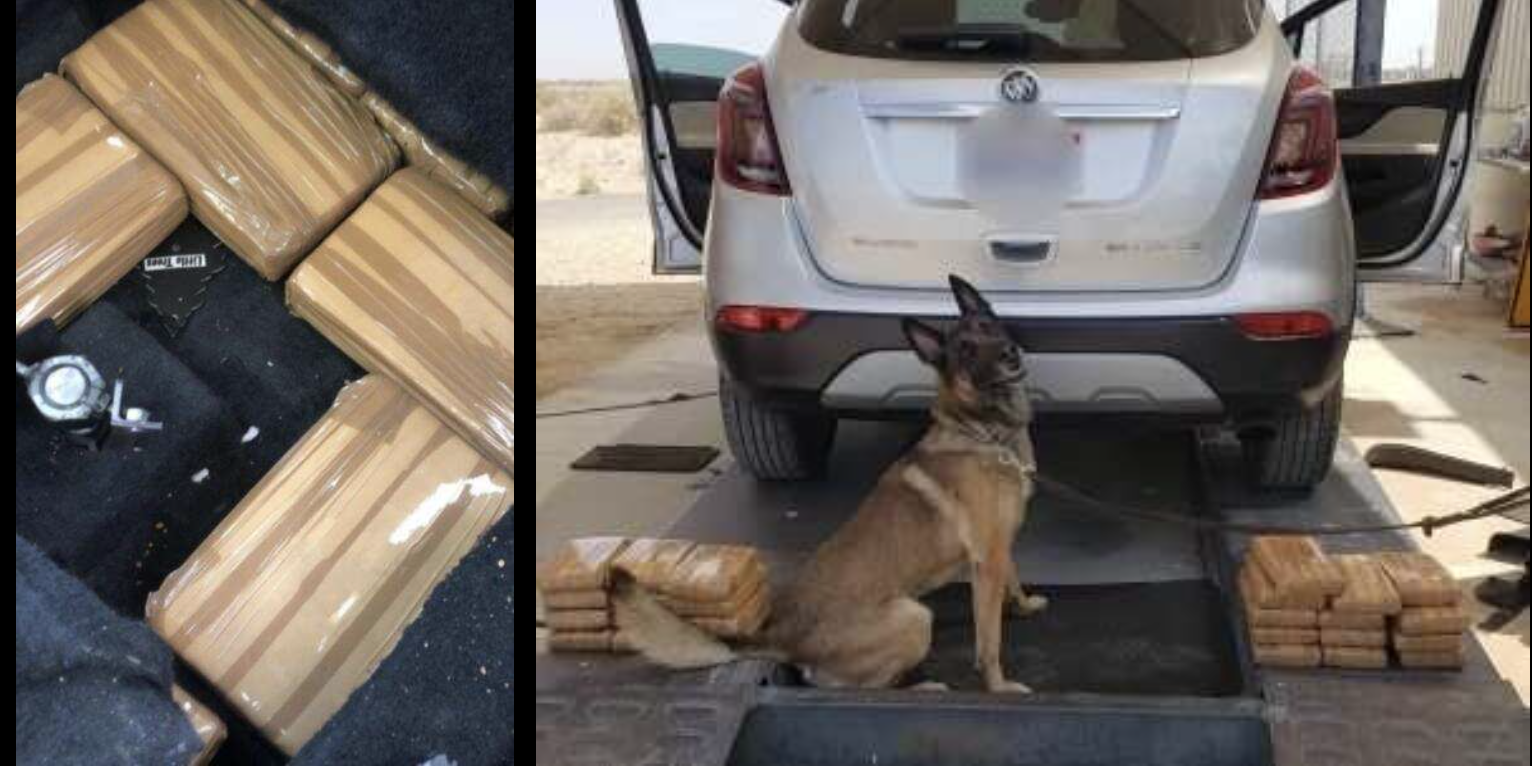 A 26-year-old female U.S. citizen was traveling northbound on Highway 86 in a silver 2018 Buick Encore SUV when USBP agents conducted the vehicle stop and requested a Border Patrol K-9 team to assist.

“During their examination, the K-9 alerted to the rear of the SUV. Agents conducted a search of the vehicle’s trunk and discovered a non-factory compartment in the vehicle’s undercarriage. Upon further inspection, agents uncovered 25 packages containing a white powdery substance wrapped in packaging tape,” stated the release.

The contents inside the packages tested positive for the characteristics of cocaine. The total weight of the cocaine was about 59.73 pounds and has an estimated value of $948,257.52.

El Centro Sector arrested the woman and turned her, the vehicle, and the narcotics to the U.S. Drug Enforcement Administration.