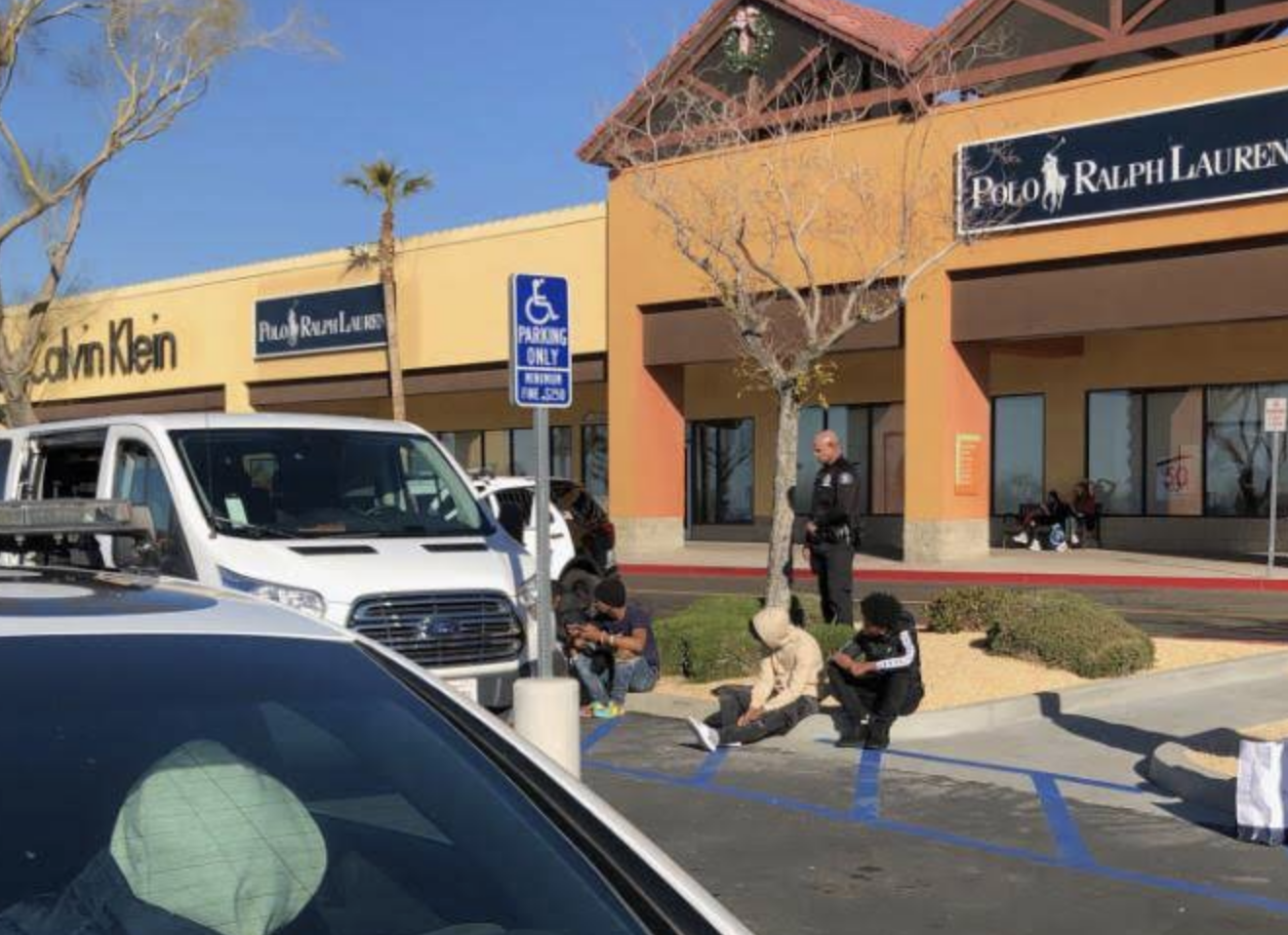 BARSTOW, Calif. (VVNG.com) — A couple of juveniles from Hawthorne were busted for shoplifting at the Barstow Outlets, officials said.

On January 13, 2020, at approximately 12:56 P.M., Barstow Police Officer Gemma Day responded to a theft in progress at Tommy Hilfiger, located at 2796 Tanger Way.

Officials said the caller reported that an unknown black male juvenile had just left the store without paying for merchandise.

The caller then reported the theft to the Mall Security Officer who observed the juveniles walking toward the bathrooms near the Nike Outlet Store.

Officer Day was informed by Security personnel the kids in the theft were in the bathrooms.

Officer Day contacted an employee of Tommy Hilfiger to review video of the theft. After reviewing the video, Officer Day then contacted three of the juveniles whom the Security Guard was following in front Ralph Lauren.

As Officer Day detained one of the juveniles, the other two fled northbound through the parking lot. As Corporal Colleoc and Officer Peterson arrived on scene they were flagged down by an employee of the mall who said the other two suspects were near the Loft Outlet Store. Officers detained the two juveniles who were also involved in the thefts.

Through investigation it was determined that the group was travelling from Las Vegas to their home in Hawthorne, California and stopped at the mall to shop.

All were identified by employees and surveillance video and arrested for PC 459.5. – Shoplifting. All three juveniles were released to their guardian.

A report will be sent to the San Bernardino County Juvenile District Attorney’s Office for review.

Anyone with information regarding this investigation may contact Officer Gemma Day or the Barstow Police Department at (760) 256-2211. Those wishing to remain anonymous may also make a report by calling the WE-TIP hotline at 1-800-78-CRIME.