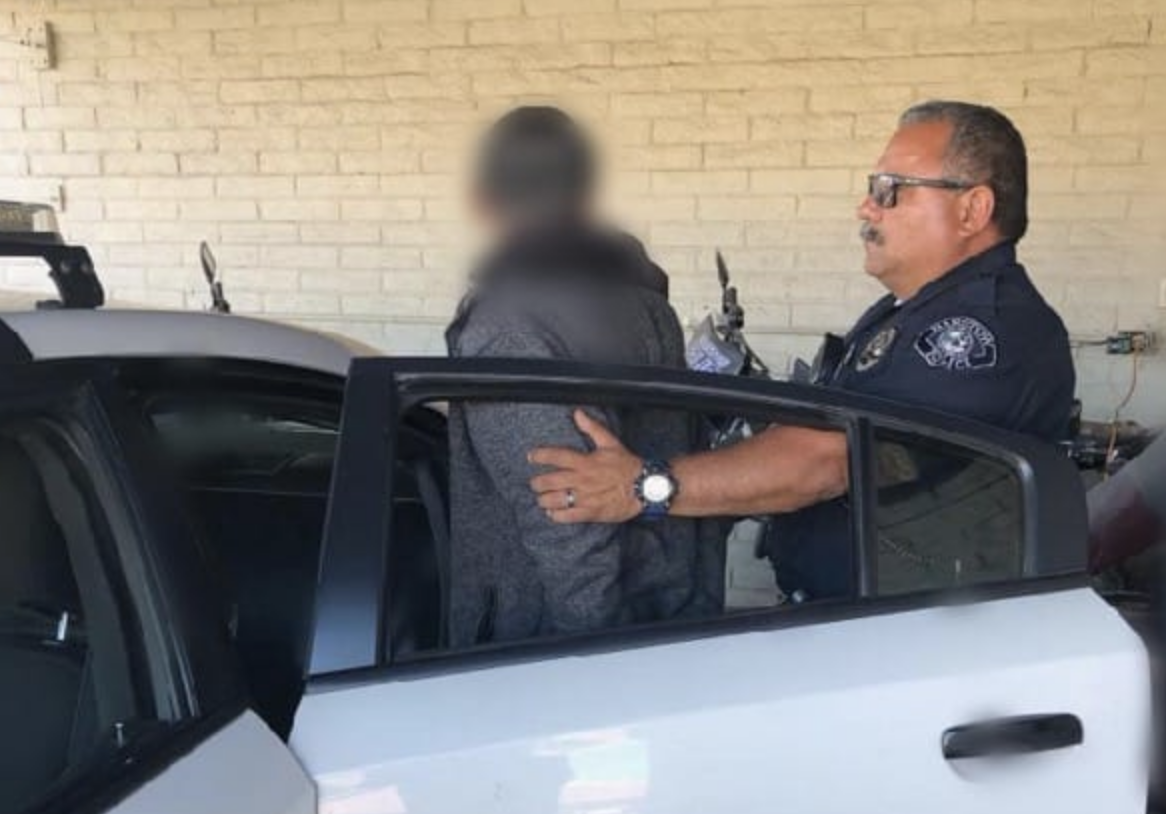 BARSTOW, Calif. (VVNG.com) — A couple of Barstow juveniles were arrested for vehicle theft after attempting to run from officers, officials said.

At about noon on Thursday, March 26, 2020, deputies from the Barstow Police Department observed a male juvenile run out of the QMart store on May Avenue with a bottle of liquor.

When the officers attempted to stop him he fled. The officers eventually caught the male and arrested him, officials said.

According to a news release, “they confirmed that the male stole the liquor and returned it to the store. The male was issued a citation for the theft and released to his parent.”

At 3:50 pm Barstow Police Dispatch Center received a report of a stolen vehicle. The victim reported that she left her Ford Focus running for a few minutes as she went into her home and in that time someone stole it.

Detective Lewis located the vehicle in the 700 block of East Virginia Way occupied by a driver and passenger. Upon seeing the officers the male driver and male passenger fled on foot, officials said.

Officers were able to catch the male driver and place him under arrest. The officers recognized the male as the same one who had stolen the liquor earlier in the day at QMart.

The officers continued to search for the passenger and located him at Lillian Drive and Kelly Street. He was also placed under arrest.

Both male juveniles were booked at the Juvenile Hall in San Bernardino for VC 10851 – Theft of a Vehicle.