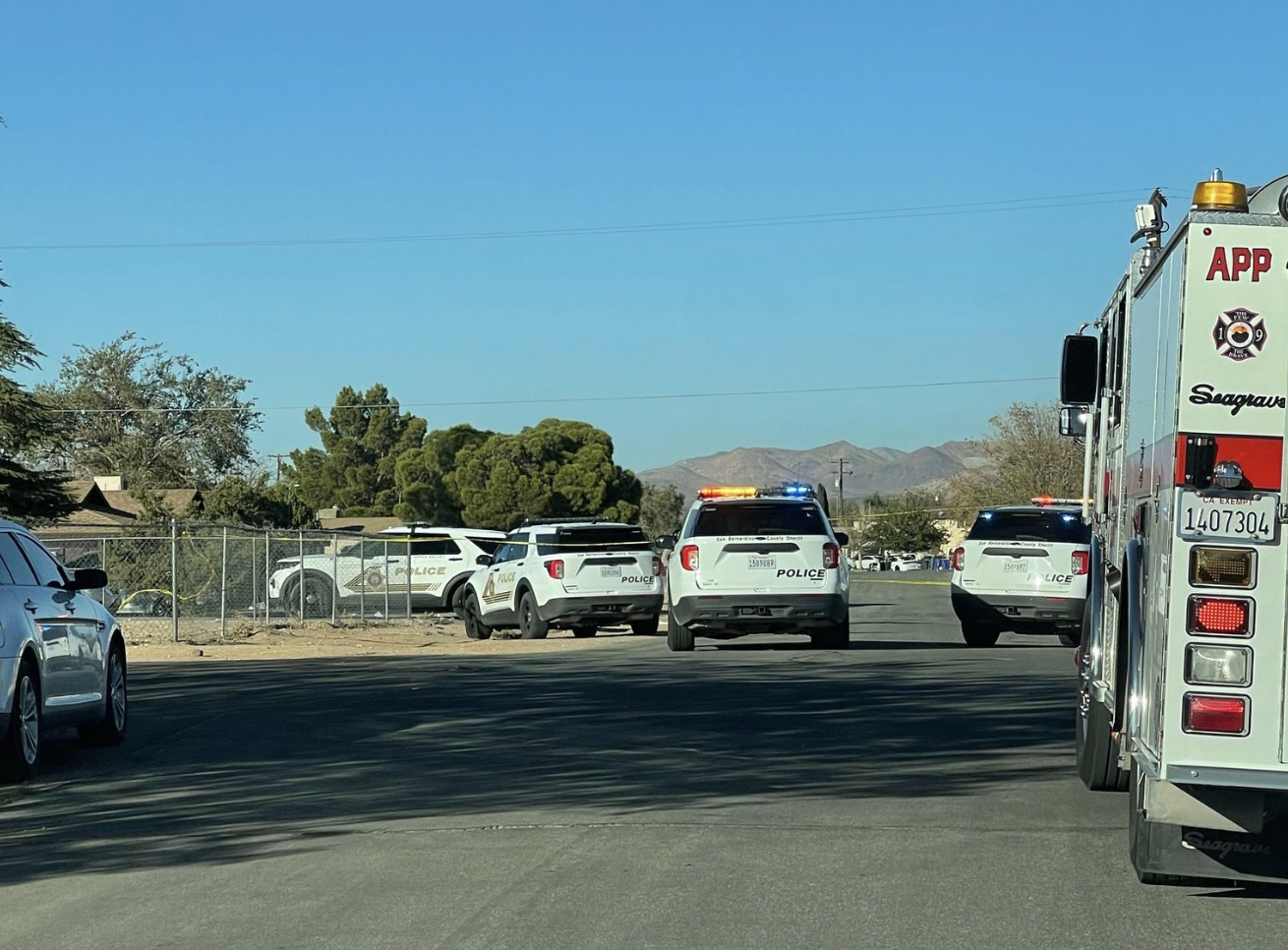 APPLE VALLEY, Calif. (VVNG.com) — Authorities conducted an investigation after a juvenile was shot multiple times Wednesday in the Town of Apple Valley.

It happened at about 4:10 pm, on September 21, 2022, outside of an apartment complex on Kiamichi Road near Broken Bow Road.

Firefighters from Apple Valley Fire responded to the incident and requested an airship to airlift the gunshot victim to an out-of-trauma center.

Sergeant Marshall James with the Apple Valley Station told VVNG that a male juvenile approximately 17 years old was shot multiple times and everyone involved was on foot.

“The details of why it happened are not yet known but it appears there were several people that ran from the location. There still trying to identify who a potential suspect might be,” stated Sgt. Marshall.

According to the Sgt., the victim was conscious and speaking to the officers at the scene before he was transported to the hospital for treatment. “The extent of the injuries is not yet known but we’re hoping that he’s doing ok.”

The investigation is actively ongoing and anyone with information is asked to call the Apple Valley Police Department at 760-240-7400.