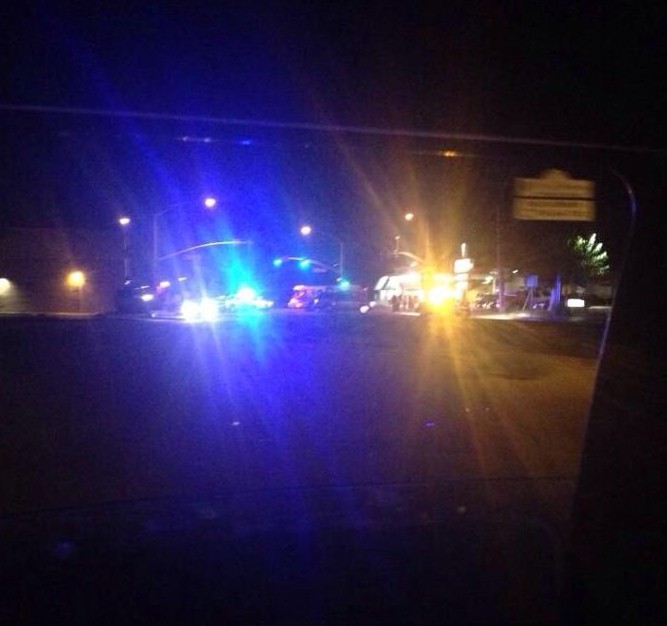 UPDATE @ 11:00 p.m.: It has been confirmed that the juvenile described as a 10-year-old male succumbed to his injuries and was pronounced deceased at the hospital. More information will be updated as it becomes available.

HESPERIA: (VVNG.com)- A juvenile who was reportedly riding a bicycle was struck by a vehicle near the intersection of Main Street and 3rd Avenue  in Hesperia at about 9:00 p.m., on Thursday.

Per scanner traffic, the juvenile was transported via ground ambulance to Desert Valley Hospital with unknown injuries. At this time it’s unknown if the juvenile was in a cross walk at the time of the accident. The vehicle that struck the juvenile described as a gray SUV stopped and remained at the scene.

Victor Valley News Group member, Kimberli Arnold posted the following, “I was the car behind the Ford who hit him. The little boy was chasing a dog on his bike and rode straight into the street without looking. The old man who hit him didn’t even have time to stop.”

According to Arnold, the juveniles sister and her kids were at a liquor store at the corner. The juvenile and followed them on his bike after they left.

Hard road closures have been placed near the intersection and through traffic is being detoured as the scene is processed for evidence. At this time it’s unknown how long the roadway will be closed.