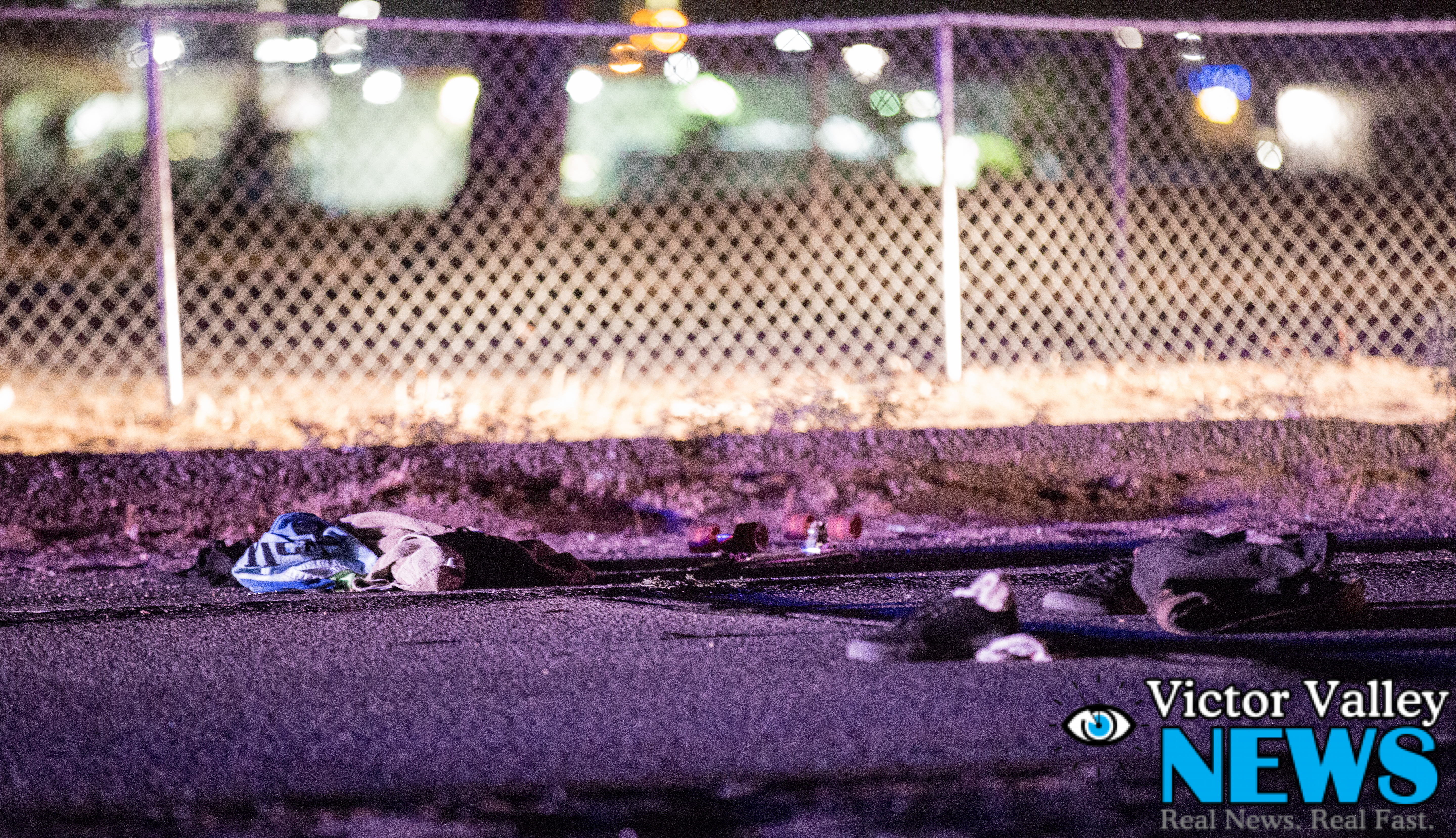 HESPERIA:(VVNG.com)- Dispatch received a report of a vehicle vs. a pedestrian at the intersection of Maple Avenue and Sycamore Street in Hesperia. The incident was reported at approximately 9:00 P.M., on Saturday, July 11, 2015.

According to Sgt. Doug Hubbard, the juvenile was attempting to cross Maple Avenue when a vehicle traveling southbound on Maple struck the pedestrian on a skateboard. The pedestrian impacted the windshield of a Saturn sedan.

The male driver of the vehicle, remained at the scene and cooperated with authorities and did not sustain any injuries as a result of the collision.

The pedestrian is described as a Hispanic Male Juvenile 16-18 years of age sustained serious injuries, but do not appear to be life threatening. He was transported by ground ambulance to Desert Valley Hospital, and later airlifted to Loma Linda Medical Center.

Sgt. Hubbard stated, drugs, alcohol, or speed do not appear to be a factor in the collision.