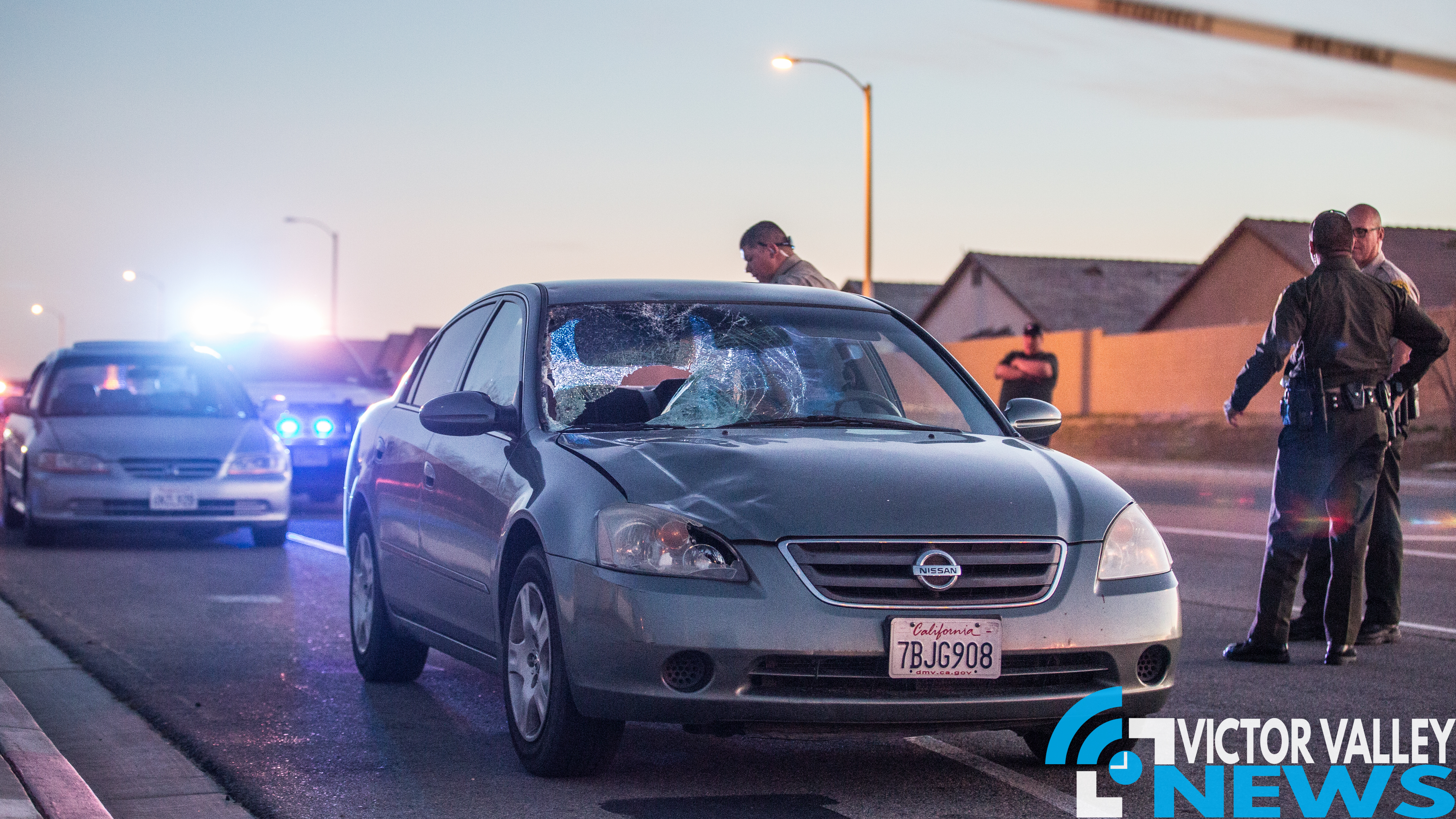 ADELANTO, Calif. (VVNG.com) A juvenile is fighting for his life after being struck by a vehicle in front of Columbia Middle School Wednesday evening.

The juvenile, said to be 16-years-old, was reported to have sustained head trauma and was bleeding and not responding, according to witnesses.

“I heard the impact, it was a loud boom and by the time I looked over the kid was already lying on the ground on his stomach and not responding, ” said Adelanto Resident Demetrus Wills, “then I saw another car driving behind the man who hit him telling him to stop.”

San Bernardino County Fire requested an airship to land at the football field of the school. The airship landed, however, the flight was canceled due to the juvenile going into full cardiac arrest and not being stable enough to fly.

The child was taken by ground ambulance to Victor Valley Medical Center with life-threatening injuries.

The driver of the involved vehicle, a Nissan Altima, remained at the scene and was speaking with authorities. Both the front and the rear windshield was shattered after the collision.

“They need to put some kind of lights by the school, so many people are losing their kids out here. Speed bumps, traffic lights, something to help make it safer,” Demetrus said.

Aster Road is closed between Palmdale Road and Seneca Road for several hours while the Major Accident Investigation Team (MAIT) processes the scene.