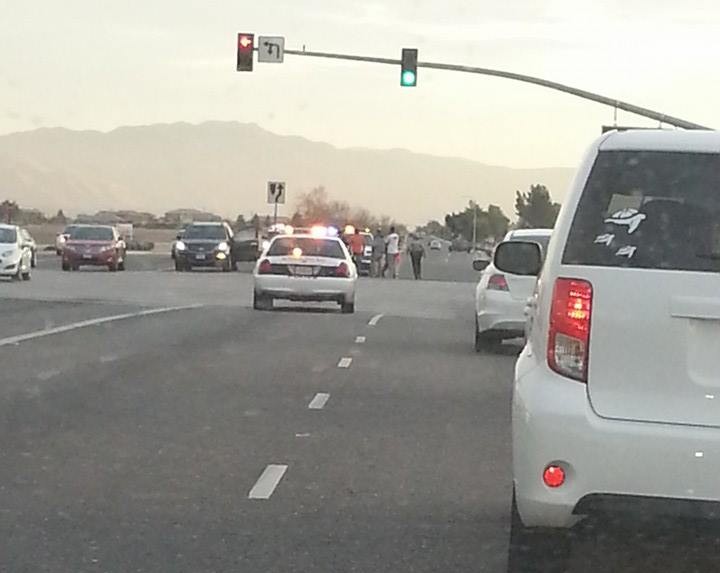 APPLE VALLEY:(VVNG.com)- A juvenile was struck by a vehicle as he was walking across the roadway on Apple Valley Road and Yucca Loma Road. Dispatch received the call at approximately 4:30 PM on Friday, January 9, 2015.

The juvenile was transported by ground ambulance to St. Mary’s hospital where an air ambulance was requested to transport him to Loma Linda Hospital. His condition was not immediately available.

According to a witness, the child was running across the south side of Apple Valley Road at the cross walk coming from the gas station.

“I was there and saw part of what happened. Had my kids in the car so I couldn’t stay. It was so heart breaking I couldn’t stop crying all the way home,” shared Victor Valley News Group member Courtney Myers.

The vehicle involved in the accident is described as a gray/beige 2-door sedan. The female driver of the vehicle remained at the scene and cooperated with authorities. Witnesses stated the driver was visibly shaken and uncontrollably crying.

At this time the exact cause of the accident is under investigation. More information will be posted as it becomes available.