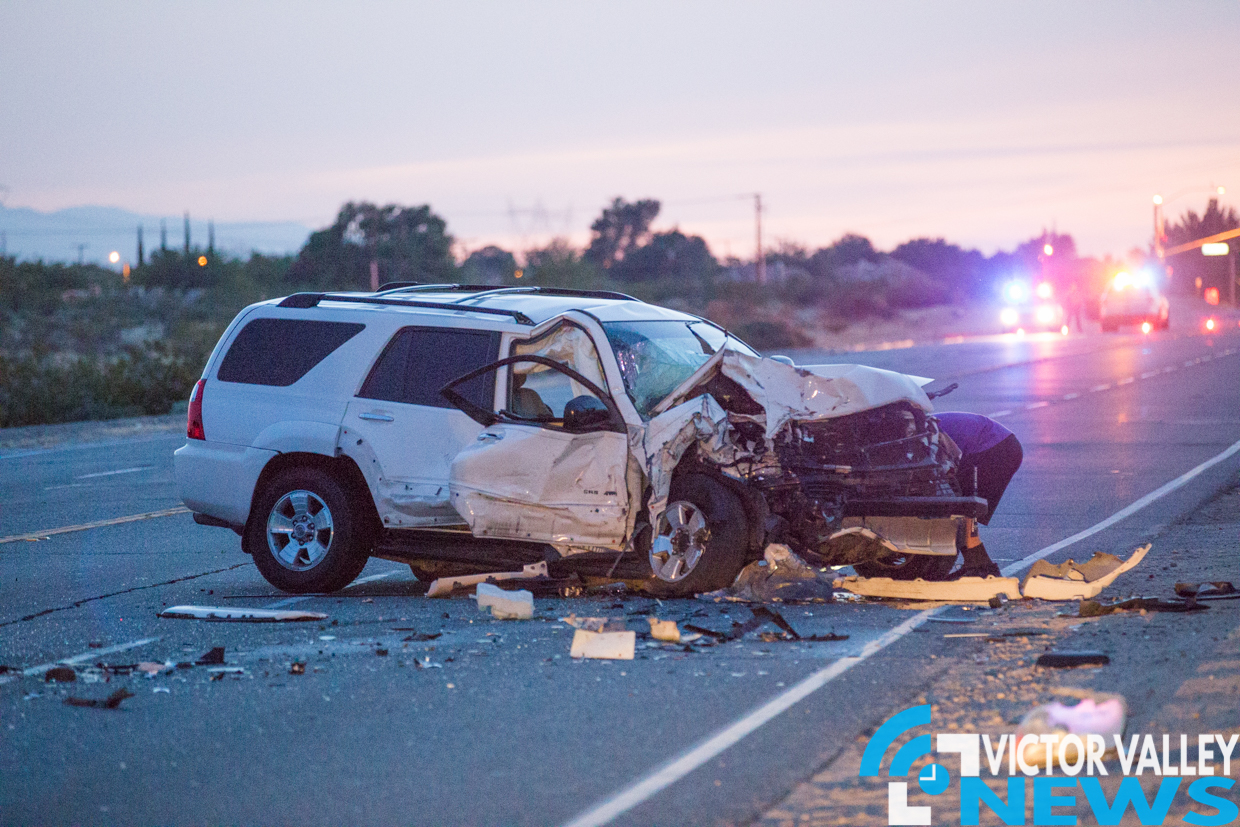 The traffic collision was reported at approximately 7:00 pm on Mojave Drive, just west of Village Drive.

A young male from the Toyota SUV was transported by air ambulance to Loma Linda University Medical Center.

Amirah Romo recorded the accident live on Facebook in the Victor Valley 411 group.

Romo said the female driver in the Land Rover was being combative when Good Samaritans attempted to help her.

“My mom went to try to help her and the woman started yelling and cussing and asking for her cell phone,” Romo said.

Romo said she found the woman’s cell phone in the street ringing.

“The mother and son in the white car were on their way to church. It looks like the boy had a broken leg and the mom had a bloody nose,” Romo told Victor Valley News.

Mojave Drive between Don Roberto Road and Topanga Avenue was closed to traffic.

Sheriff’s officials said two trucks were in route and the roadway is expected to reopen shortly.

The woman in the Land Rover was transported to Victor Valley Global Medical Center where a drug and alcohol test will be conducted.

Deputies have not ruled out alcohol or drugs as a factor in the collision. 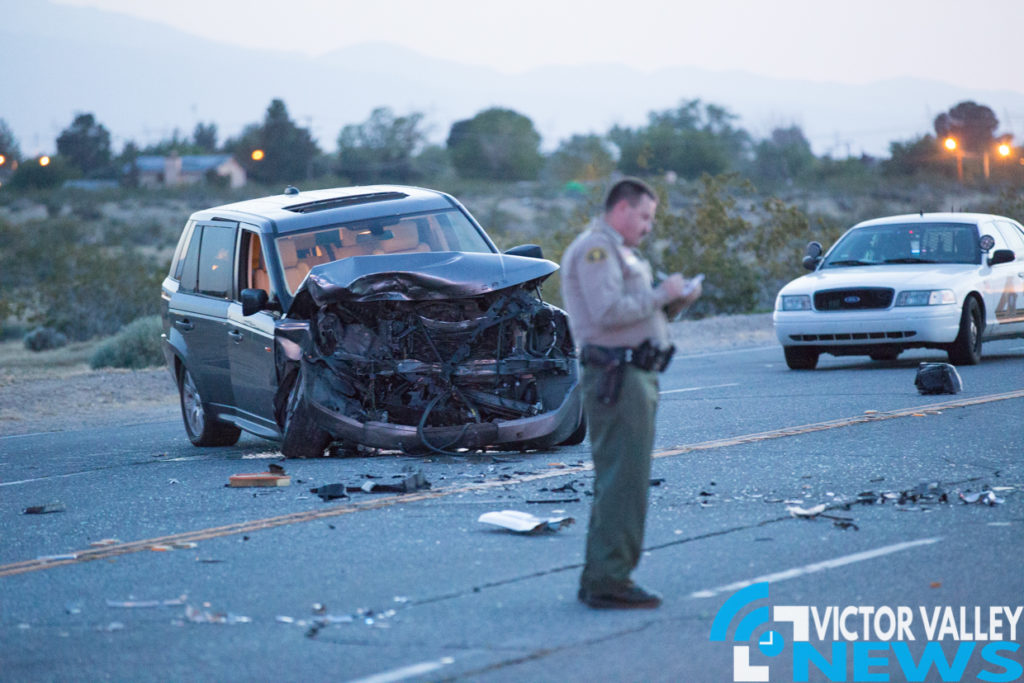 A combative female driver from the Land Rover was transported to an area hospital. (Gabriel D. Espinoza, Victor Valley News)