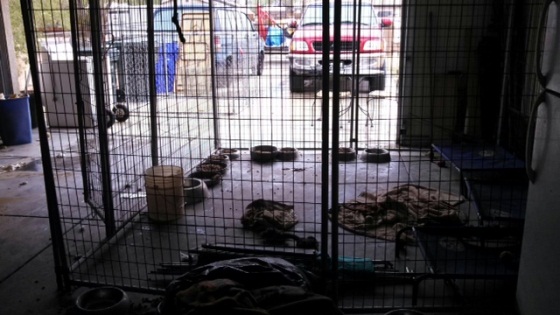 APPLE VALLEY: The Superior Court has ruled in favor of Apple Valley Animal Services, dismissing an “appeal” filed by Mary Ryan as improperly brought. Ryan filed an appeal in November of 2013, following the seizure of twenty-six (26) dogs, deceased dogs, and eighteen (18) animal carriers, from a home she was renting in Apple Valley. After hearing arguments from both sides, the Court found that the seizure of the animals was proper both because sufficient cause existed for the immediate seizure under Penal Code section 597.1(f) and because the warrant issued to the Town authorized the seizure. Plaintiff’s request for a continuance was denied.

A separate criminal hearing for thirty (30) infraction charges of animal limitations and dead animals is scheduled for January 15, 2014. If Ryan enters a plea of “not guilty” a trial date will be scheduled by the court. Separate from the infraction charges, an investigation of alleged crimes against animals is ongoing. The Town’s criminal complaint will be forwarded to the District Attorney.

The Order prohibiting Ms. Ryan from operating an animal rescue operation or keeping animals in excess of the allowed four (4) is still in effect. Eighteen (18) animal carriers seized in October were returned to Ryan as ordered by the Judge in early January 2014. Requests to visit the dogs at the shelter were denied given the outstanding criminal investigation and civil claim.

Ryan, who identifies herself as the founder of German Shepherd Angels Rescue has declined-to-date to release custody of the seized dogs to Animal Services. This would allow the dogs to be placed into permanent homes or non-shelter housing. The dogs have been at the shelter since Oct. 9 and Administrative Orders indicate that Ryan will be responsible for all costs associated with impound, medical treatment, and ongoing care until the dogs are released from the Town’s facility.

Anyone wanting to be placed on a wait-list should email avasrescues@applevalley.org