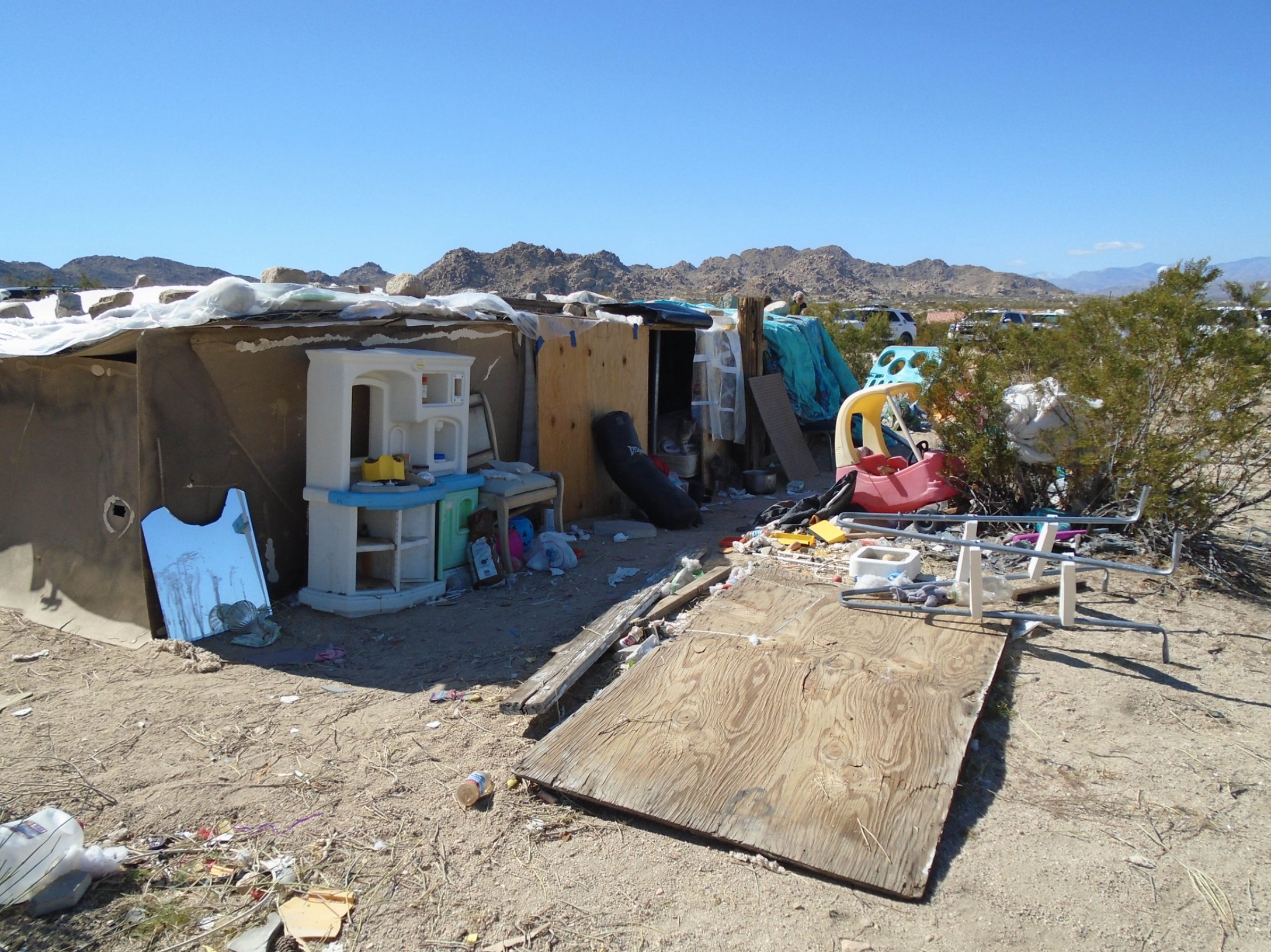 YUCCA VALLEY, Calif. (VVNG.com) — Deputies with the San Bernardino County Sheriff’s Department, Morongo Basin Station were conducting an area check when they came across a large, rectangular box made of plywood and found three children living near mounds of trash and human feces.

According to a sheriff’s news release, “deputies located a travel trailer, which appeared to be abandoned, and a large rectangular box made of plywood on the property. The property had no electricity or running water. Several large holes and mounds of trash and human feces were located throughout the property. Approximately 30-40 cats were located inside the trailer and roaming freely. While checking the property deputies contacted three victims ages 11,13 and 14.”

Mona Kirk, 51, and Daniel Panico, 73, were found on the property and determined to be the parents of the victims.

During the investigation, deputies learned the three victims have lived in the large rectangular box, (approximately 20 feet long by 4 feet high by 10 ft wide) for approximately four years.

The victims were found to have an inadequate amount of food and were living in an unsuitable and unsafe environment due to the conditions located on the property. Children and Family Service responded to the location and took custody of the three victims.

Maron Kirk and Daniel Panico were arrested and booked into the Morongo Basin Jail for Penal Code Penal Code 273 A (A) Willful Cruelty To Child in lieu of 100,000 bail.

Anyone with information related to this investigation is asked to contact the San Bernardino County Sheriff’s Department Morongo Basin Station at (760)366-4175. Anyone wishing to remain anonymous may contact We-Tip at 1-888-78-CRIME.

Redondo Beach man, 54, killed in crash on I-15 near Baker