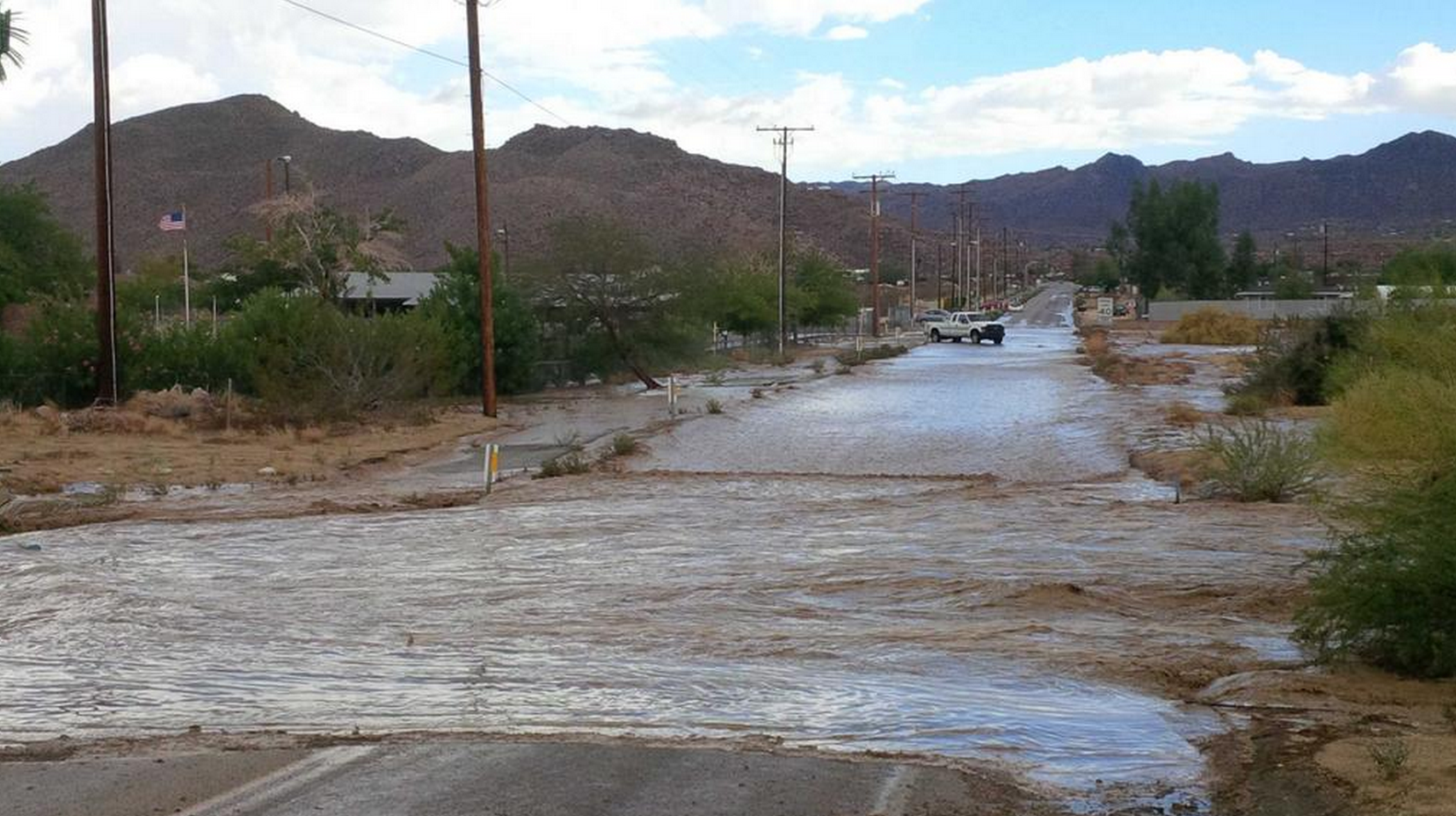 JOSHUA TREE:(VVNG.com)- A 66-year-old man from Joshua Tree died after his vehicle was washed from the roadway during a flash flood. Fire along with officers from the California Highway Patrol responded to the scene at Sunny Vista Road and Melton Trail in Joshua Tree at 3:58 p.m., on September 16, 2014.

According to witnesses, the man was driving in a line with other stopped vehicles that had stopped to let the flood waters that appeared to be about two feet deep pass. Bystanders told officials that the man tried to drive around the stopped vehicles, but his car became stuck in the mud.

His vehicle described as a white Chevy Blazer stalled and as water began to rise quickly, he opened his door in an attempt to exit. That’s when water rushed into his SUV and swept the vehicle off the road and into a wash. The SUV overturned eventually coming to rest on its roof inside the ravine. Rapid moving water continued to stream by, rescuers and bystanders were unable to reach the man until the floodwaters subsided.

The driver and sole-occupant identified by the San Bernardino Coroners Department as Kyle Wyne, was removed from the vehicle and pronounced dead at the scene at 4:15 p.m. The California Highway Patrol is continuing to investigate the incident.

[box type=”warning” align=”aligncenter” ]It’s very important to remember that flash floods can come rapidly and unexpectedly. They can occur within a few minutes or hours of excessive rainfall. Often times you may not have warning that a flash flood is approaching. Here are a few helpful tips to remember if you are ever in a similar situation.[/box]