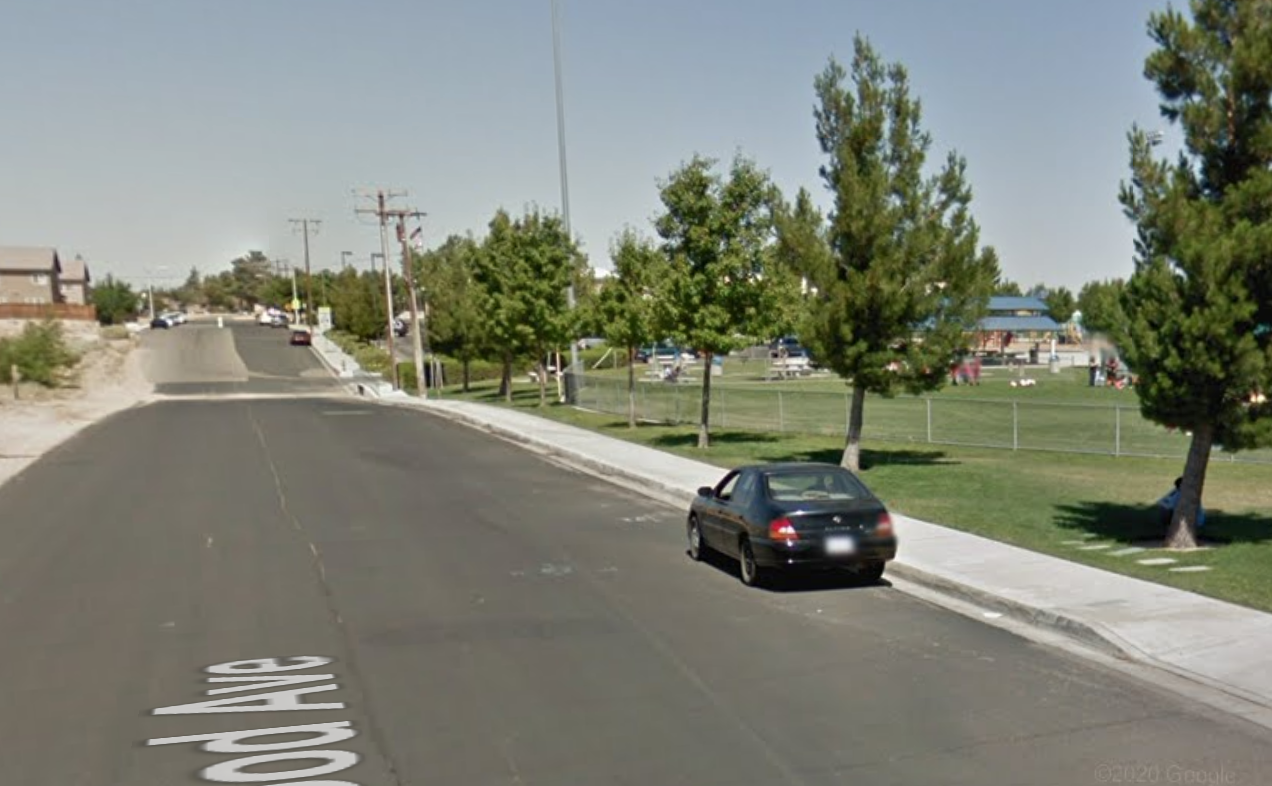 Sheriff’s spokeswoman Mara Rodriguez said the victim had been jogging in the area and was resting in the park. “A grey Mercedes pulled up and the male passenger got out and approached the victim,” stated Rodriguez. “The male held the victim at gunpoint and demanded his wallet and silver neck chain.”

After taking the victim’s belongings, the suspect got back into the Mercedes and the driver drove away.

Officials said an extensive area search was conducted with the aid of a sheriff’s helicopter but the suspects were not located.

Rodriguez said the suspect with the gun was described only as a Hispanic male wearing a ski mask with a print of two blood drops on it.

The victim was not injured and the investigation is ongoing and anyone with information is asked to call the Victorville Police Department at 760-241-2911.