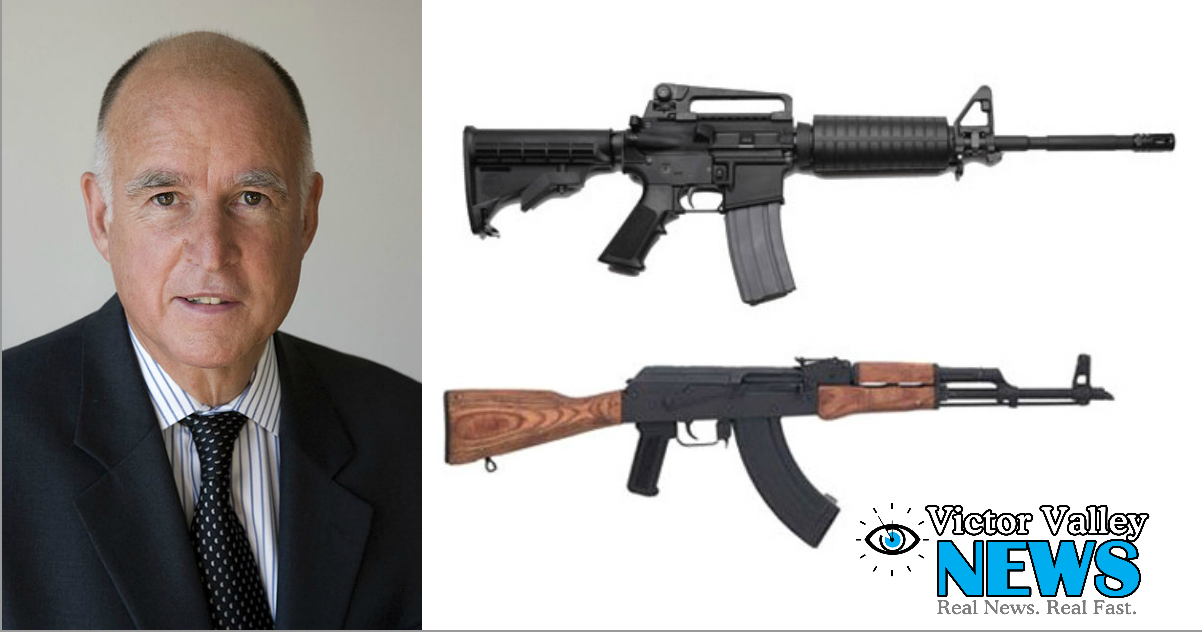 CALIFORNIA: (VVNG.com)- On Friday, July 1st, 2016, Governor Jerry Brown signed six gun-control measures that may affect you in the future.

The 5 out of 11 bills that were passed will require law-abiding citizens to turn in any high-capacity magazines (A magazine capable of holding more than 10 rounds) or any firearm with a bullet button feature by 2018.

If you own an AR15 or AK47 type rifle that uses a once legal bullet button, it also will be considered an “assault weapon” and you must register it by July 1, 2018, legally dispose of it through destruction or by turning it into law enforcement, or it could be confiscated.

To be simply put, hundreds of thousands of rifles legal to own for decades will be considered “assault weapons.” These rifles are used for self-defense, sporting, hunting, and target shooting. The AR15 specifically, is considered the most popular type rifle in the country.

There will be new regulations that require background checks for any ammunition sales other than sales to a corporation. Background checks will also be required to lend a firearm out to anyone other than a close family member. Governor Brown also signed off that there be stricter penalties for false reports of stolen guns targeting people who purchase guns for the people who are unable to.

More than often California’s laws generally set the standard for other states that are trying to implement new gun control laws, but some may argue that these laws are unconstitutional.

California already has a long list of specifications for illegal firearms that are banned by make and model; and a microstamping law for handguns. These laws are just a small few, as they represent a small preview of all the firearm laws in California.