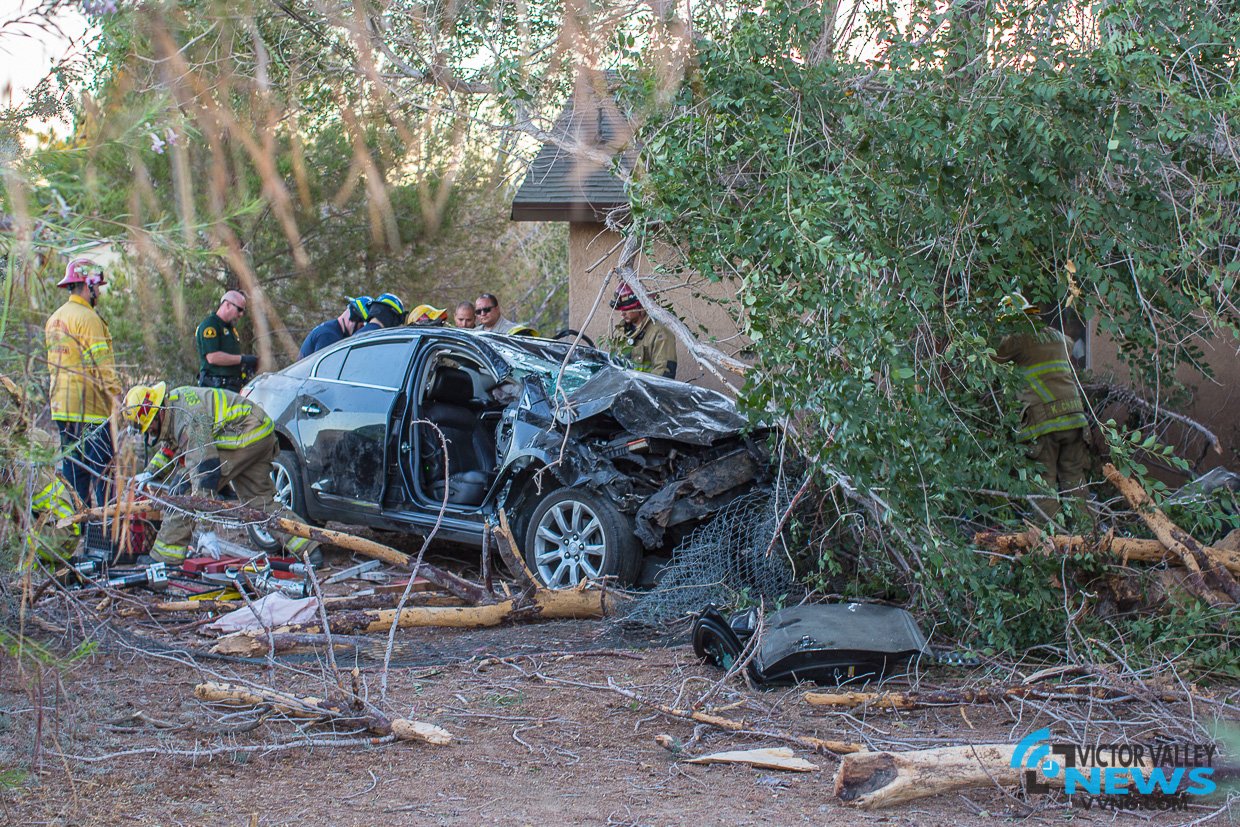 VICTORVILLE, Calif. (VVNG.com) — Firefighters had to utilize the jaws of life to free a man from a vehicle after he crashed into a tree.

It happened Wednesday afternoon in the 12700 block of 9th Avenue just south of Little Beaver Street in the city of Victorville.

According to San Bernardino County Battalion Chief Josh Sprague, the crash was initially reported as a vehicle vs. pedestrian followed by the car crashing into a house.

Upon arrival, firefighters determined the only injuries sustained was to a male driver of a black sedan who was trapped in the vehicle. No pedestrian was struck and the sedan had narrowly missed the home, but instead crashed into a tree.

For reasons still under investigation, the driver was traveling north on 9th Avenue when he lost control, crashed through a chain-linked fence of a house, continued through an empty lot and then crashed through another fence and into a tree in the yard of a second home.

“We utilized three engines and a ladder (truck company) here at the scene to perform extrication, which was more extensive than first thought,” the Battalion Chief stated.

The family of the driver arrived on the scene and were emotionally distraught, but showed a slight sigh of relief when the man gave a “thumbs up” as he was being wheeled away on a gurney.

The man’s injuries were described as moderate to severe, and once extricated, he was rushed by ambulance to a local hospital then further airlifted by the County Fire’s helicopter H325 to Loma Linda University Medical Center.

No other injuries were reported and the cause of the crash remains under investigation by the Victorville Police Station.