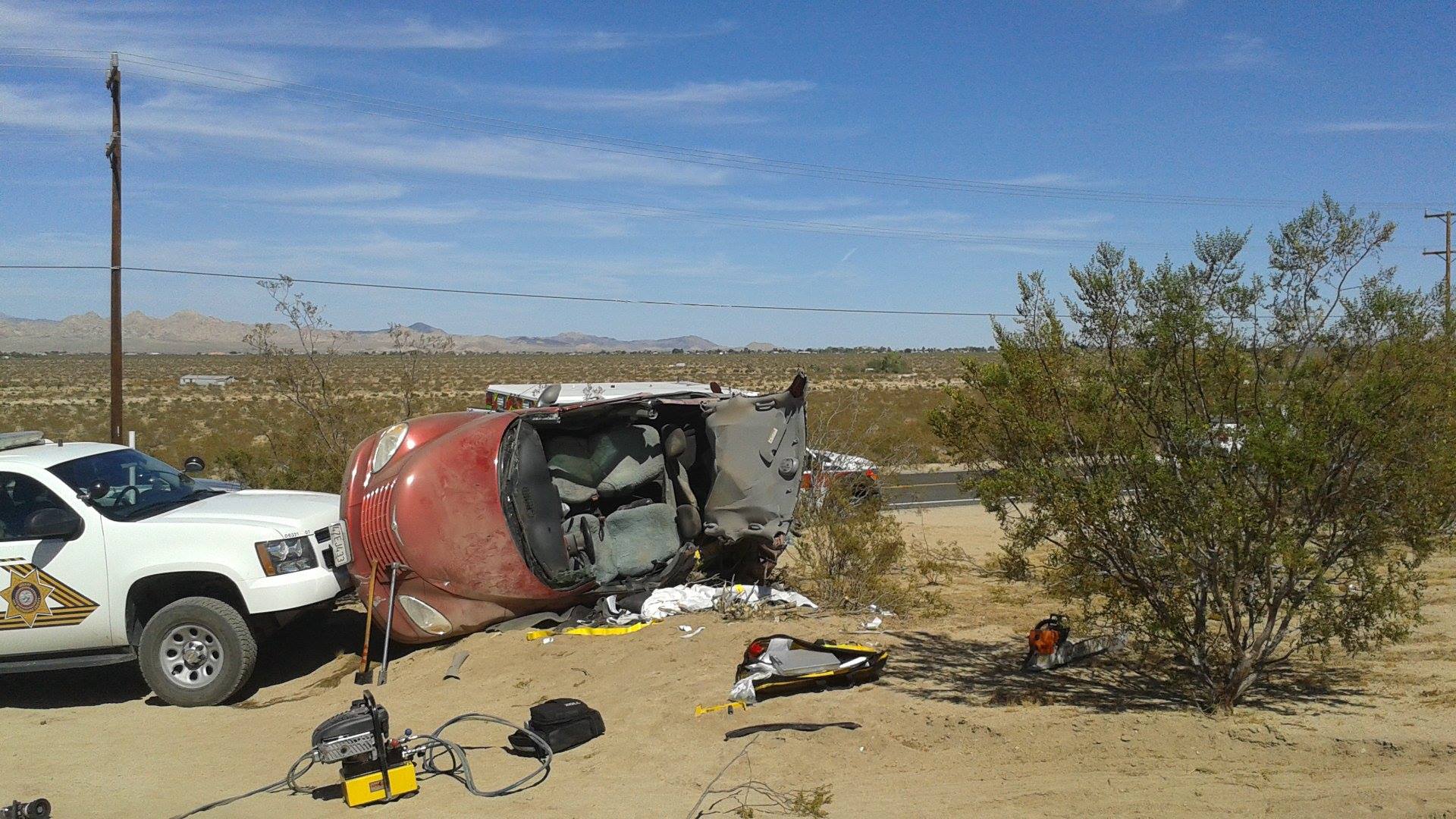 County Fire units arrived on scene several minutes after dispatch and found a small sedan rolled over with one occupant trapped in the vehicle. The single patient had also received major injuries and would require transport to an out of area trauma center via Helicopter.

County Firefighters and Paramedics stabilized the vehicle and began to extricate the driver using the “Jaws of Life” and also hydraulic cutters. After an approximate 20 minute extrication the patient was removed from the vehicle and prepared for transport. An Air ambulance from Upland Fire transported the patient to Loma Linda University Medical Center.

There were no other injuries and The California Highway Patrol is currently investigating the cause of the accident.