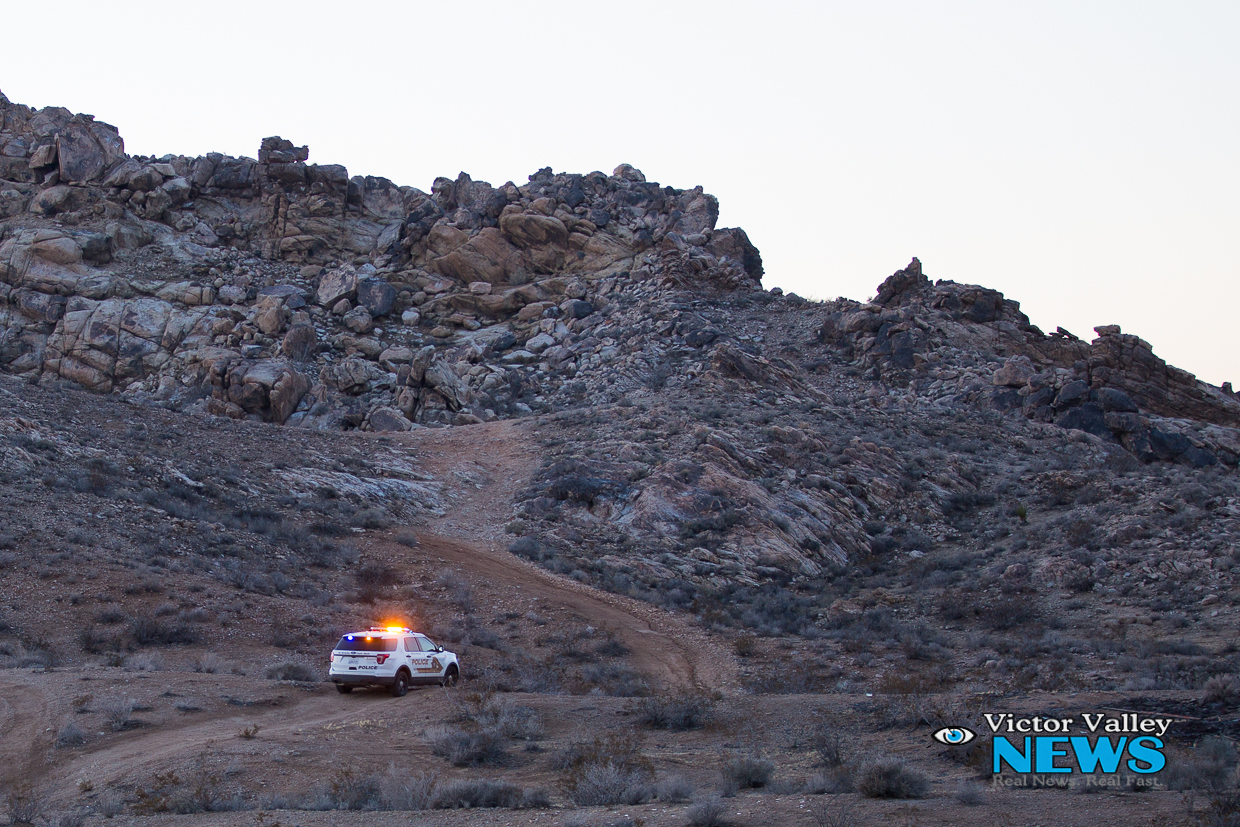 Four hikers contacted sheriff’s dispatch at 3:50 p.m. when they located the bone while on a trail along Apple Valley Road north of Ohna Road.

“It appears to be a human bone, so we contacted the coroner’s office and are waiting for them to call us so we can get pictures to them,” said Deputy Tommy Dickey of the San Bernardino County Sheriff’s Department, Apple Valley Station.

The jaw bone did contain teeth, which will hopefully expedite the process of identifying the person that died if it is indeed a human bone.

“If it turns out to be a human bone then the investigation will start,” stated Deputy Dickey.

The jawbone was found just 5 miles away from where a family of 4 were discovered buried in November of 2013.

Those remains were located by an off-road motorcyclist after heavy rainfall caused a bone to surface. That incident was tied to a crime that made national headlines.

The family of four were discovered less than 5 miles from where a jawbone was located today.

The remains were determined to be those of Joseph McStay (age 40), his wife Summer (age 43), and their sons Gianni (age 4) and Joseph Jr. (age 3) who went missing three years earlier from their Fallbrook, California home.

Merritt remains in jail with no trial date set but is scheduled back in court on Tuesday for a hearing involving a “subpoena filed under seal” as well as a status conference, according to court records.

Mikey McStay, the brother of Joseph McStay, was present in the courtroom as charges were filed against Charles “Chase” Merritt in 2014 (Hugo C Valdez, Victor Valley News)