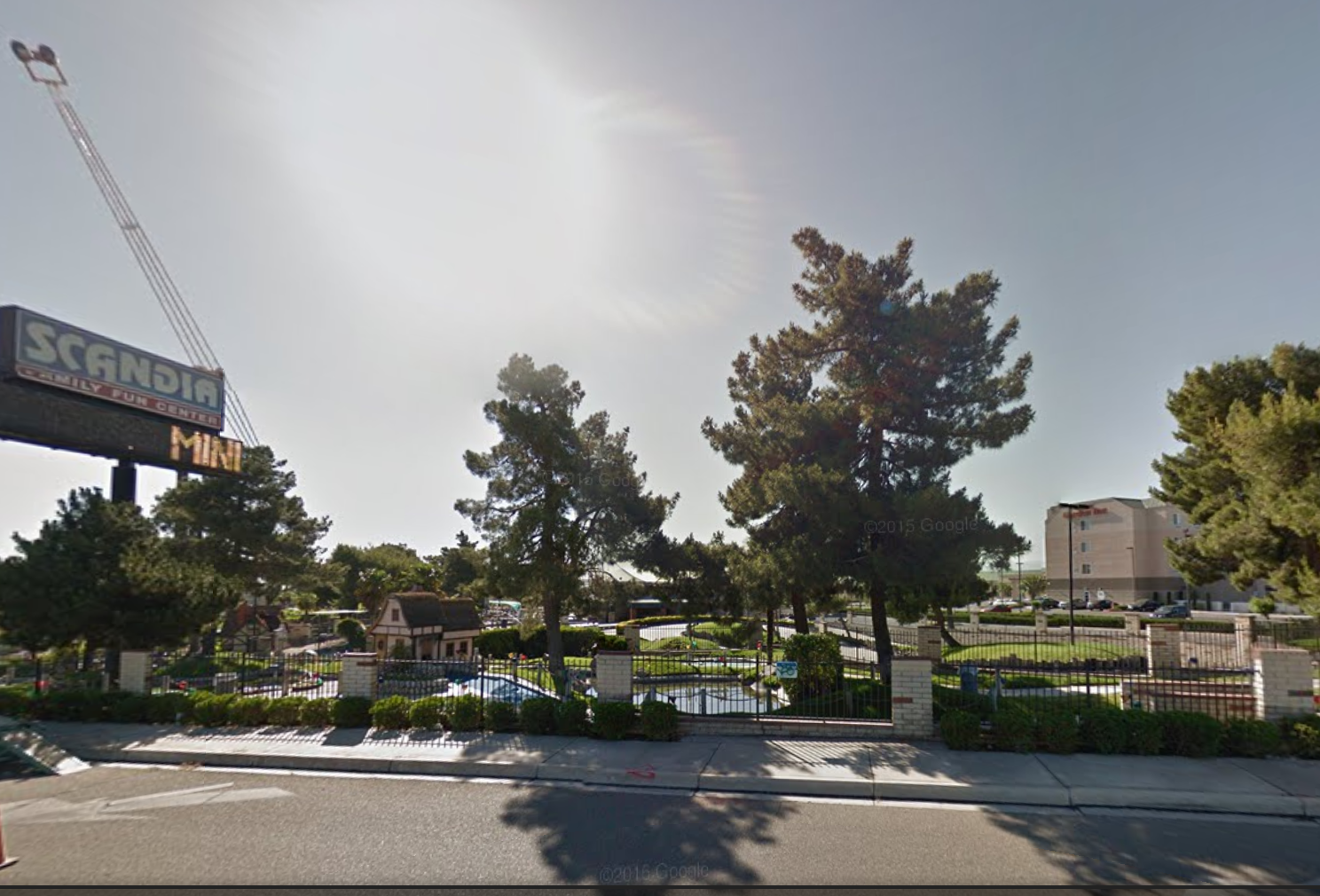 VICTORVILLE-(VVNG.com): On Saturday, September 12, 2015 a family went to the Scandia Family Fun Center located at 12627 Mariposa Rd, in Victorville to celebrate a birthday of a family member. They said that everything was going fine, until a 27-year-old member of the family that has Cerebral Palsy bought an unlimited ride bracelet, but was stopped from getting on the go carts.

According to the family, he was told that due to “safety concerns” he would not be able to ride any of the attractions there.  “It sure wasn’t a problem when they took his $20 for the unlimited bracelet,” said his cousin, Sara Dawn.

The disabled man, that  walks in crutches and leg braces was highly offended and upset by this undisclosed rule pertaining to disabled guests. “My cousin goes to Disneyland, Knott’s etc. with no problem riding stuff,” added Sara Dawn. The man did receive his money back according to family, but they believe that he should have been able to enjoy his visit as the rest of the family did.

Another member of the Victor Valley News Facebook group shared her dismay of their lack of accommodations for disabled guests. “My son also has Cerebral Palsy and he loves to play miniature golf. When we moved up here we went to Scandia to play and it wasn’t even wheelchair accessible. I can’t understand why it is not accessible for wheelchairs in the golf area. Just because you’re in a wheelchair doesn’t mean you have to be restricted from having fun,” said Margie Navarro in a Victor Valley News comment.

The manager that was on duty at the time of the incident, Bryce Laidler told Victor Valley News that Scandia does not discriminate against individuals with disabilities. “It is a safety issue when an individual cannot operate a go kart due to any physical limitations. Furthermore, not only does it risk injury to themselves, but risks it to others when they cannot operate a vehicle,” said Laidler.  He agreed that the man was told that he could not ride due to the fact that he was unable to walk without the aid of leg braces and crutches. “This was not because he was disabled, but because he would not be able to safely operate the go karts or boats.” He said that the reason that he would not be able to use some of the other attractions was because of his larger, approximate 300 pound size, that would make him unable to fit on them.

According to Laidler, when explained to the family they became irate and hostile. Laidler decided to let the man try to ride the go karts thinking maybe his abilities were more than expected due to the reaction.

“Not only did he struggle to even sit in the car, but was not able to correctly press the gas or break. Upon exiting the cars, he not only required assistance, but chose on his own not to ride again due to the difficulty,” said Laidler. Upon this agreement, that the visitor would not be able to fully enjoy the use of his unlimited wristband, he was refunded the full $17.95 paid and was given an additional $20 worth of tokens for the inconvenience.

Laider said that the family remained at the park until nearly closing time and several thanked him at the end of the visit. “It is frustrating to then find out afterwards, that my handling of the situation and my place of enjoyment is being bashed and falsely accused of discrimination, when we bent over backwards to accommodate the family,” he said.

On the Victor Valley News Facebook group post, Barstow Unified School District teacher, Nichole Sutliff said,  “As a person with Cerebral Palsy I am very disappointed to hear about this. I understand the frustration. It is not okay to be told we cannot participate in something because of limitations (unless absolutely unsafe). Being told you can’t is the most irritating thing you can be told. The best way to deal with ignorance is to prove them wrong. If I listened to the people who told me I’d be nothing, I probably would be nothing. Instead I decided I wanted to be a teacher… And I am. So forget all of the ignorance and live life to the fullest. Anyone who says you can’t do or be who you want are wrong.”

Scandia manager, Laidler also said the following:  The cerebralpalsy.org website states that rides do not need to ADA compliant if they are “self- operated rides.  [This includes] rides that depend on specific forms of ability such as sight, gripping or hearing.” The rides at Scandia that the gentleman was attempting to ride, fall under this category. The company is well-managed and we do our utmost to provide a safe and family friendly environment to the high desert.