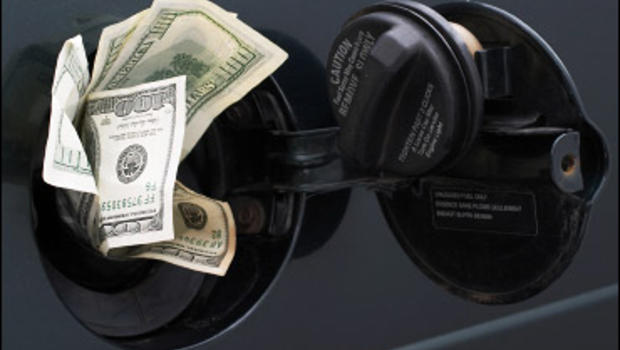 HESPERIA: (VVNG.com)- On Tuesday, May 27th Hesperia resident, Adam Alvarez stopped by the Fastrip on Main Street and Fifth Avenue to get some gas.

As he was waiting for his gas to finish pumping he grabbed the gas station provided squeegee to clean his windshield. While he was finishing up his windshield, he heard the pump click indicating his tank was full. When he went to remove the pump about a minute later he looked up at the digital gallon and price display continued to count. Realizing that it was quite unusual, he removed the pump and grabbed his phone to record the pump still counting for a full minute while he held the nozzle outside of his vehicle tank.

Alvarez went inside to explain to the gas station attendant what had just happened and showed him the recording.

According to Alvarez he was told, “The sensor sometimes won’t pick it up until 5 or 10 seconds after it stops”. Alvarez claims that the pump counted for over two minutes after the pump was no longer pumping gas.

“All I wanted to do was let them know their pump was broken but instead of saying, oh thanks we’ll get it fixed, all I got was excuses.” said Alvarez.

Although he was only looking for the attendant to say he would get it fixed, the county has now seen the video and contacted him to make a report. “I understand things break, but hey, they made no effort to get it fixed. Now they get to explain to uncle Sam.” said Alvarez.

Maurice Tongate experienced a similar issue at the Fastrip on Main Street and G Street on Wednesday, May 28th. He said, “I went to the one on G and Main, but saw a video of the one in 5th where the same thing happened. That guy was able to take a video of it happening, unfortunately I was not that clever.” He added, ”I went in to complain and pretty much was told that the pumps are messing up and there is nothing they can do about it. The funny thing is when I asked for a receipt so I could call weights and measures he said he couldn’t bring up the transaction”.

Motorcyclist Killed in Accident on 15 Freeway