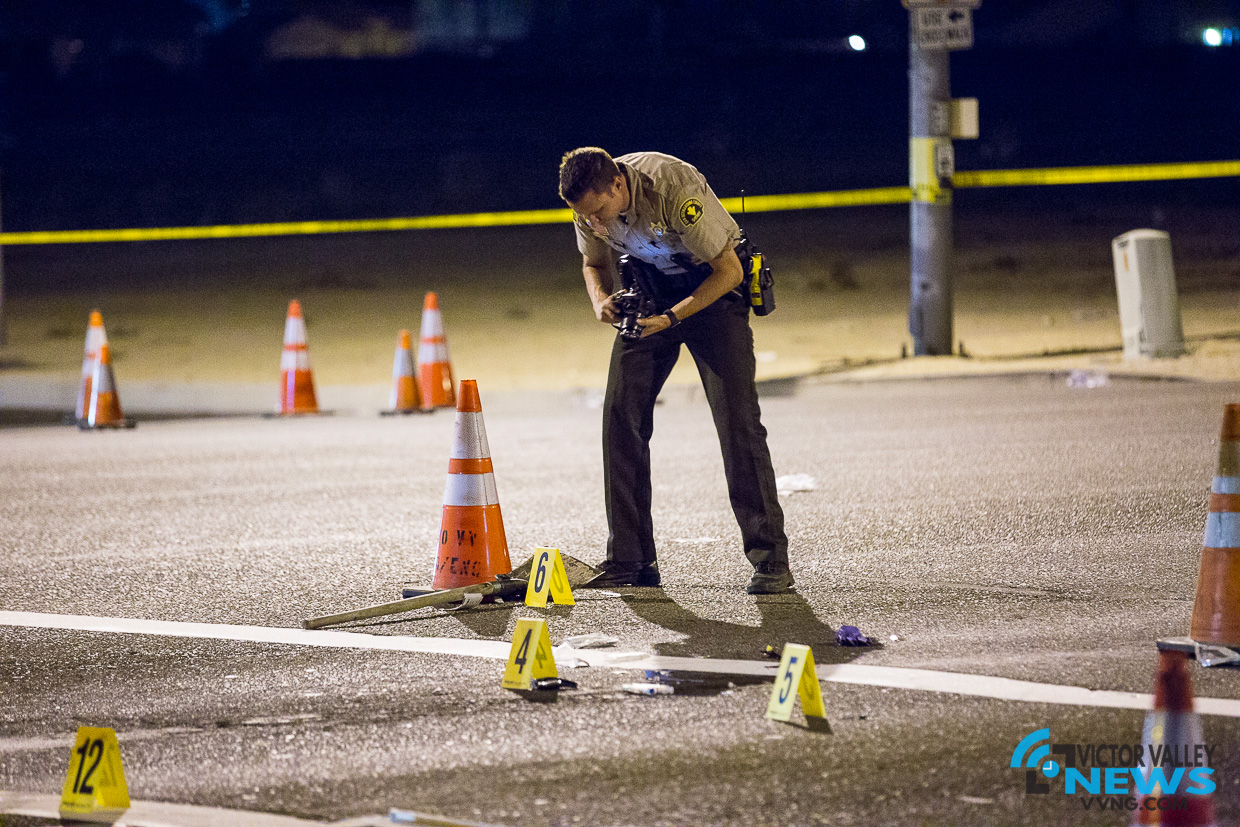 HESPERIA, Calif. (VVNG.com) — An investigation is underway after several Victorville City workers defended themselves against an alleged attacker Tuesday night.

It happened just after 11:40 p.m. Tuesday night as employees from the City of Victorville engineering department were working on repainting the lines of a crosswalk on Bear Valley Road and 5th Avenue.

According to Detective Hubbard of the Hesperia Sheriff’s Department, an unidentified male approached the workers and began attacking them and they weren’t sure if he was armed.

Sheriff’s Spokeswoman Jodi Miller said, “the man assaulted two of the three employees, chased them while making threatening statements and took items from the work truck.  The man was in the process of attacking the 3rd employee when the victims defended themselves.”

“The employees began to defend themselves against the assailant, and as a result, the suspect sustained critical injuries and was transported to a hospital,” Detective Hubbard told Victor Valley News. “We’re not sure what type of weapons were used at this time, as we’re still conducting the investigation.”

As of 3:00 a.m., Bear Valley Road between 7th and 3rd Avenues remain closed and were taped off with Sheriff’s crime scene tape.

Investigators placed evidence markers and photographed a trail of blood and a shovel that remained near the crosswalk where the re-striping was taking place.

In this area, Westbound lanes of Bear Valley Road are considered to be part of the City of Victorville and eastbound lanes belong to the city of Hesperia. Since the incident occurred in eastbound lanes, the San Bernardino County Sheriff’s Department, Hesperia Station, is the investigating agency.

One of the city employees was injured, however, did not require medical attention. The suspect remains hospitalized and I do not have any information regarding his condition.

This is a developing story and more information will be released as it becomes available.

Victorville City Spokeswoman Sue Jones said, “the City of Victorville is aware of the reported threat and attack against our employees last night.  The employees were performing their road striping duties when the incident occurred.  It’s common for the road striping crew to work later in the evening at this time of the year.  This is an active investigation, so I don’t have any more information to share at this time.”