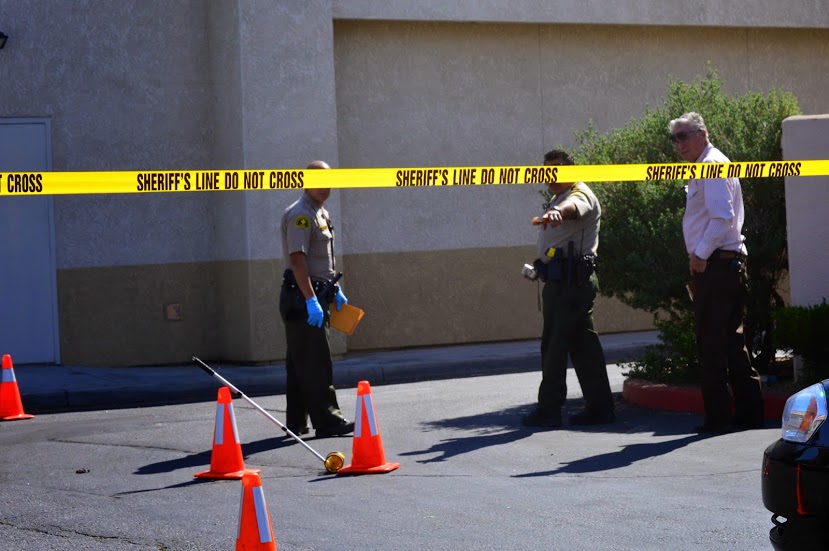 APPLE VALLEY-(VVNG.com): Shots were fired on Tuesday at approximately 2:30 P.M., just north of Highway 18 on Rancherias Road in the alley behind the AMPM Arco gas station.

According to scanner traffic, the suspect, who was described as a male with short hair and a beard fled the scene following the shooting. According to witness reports, the suspect was said to be wearing a white t-shirt and dark blue jeans.

The suspect was believed to be carrying a black semi-automatic 9mm handgun. According to authorities, there were at least three shots fired, but no one was shot. The victim went into the station to report the incident shortly after it occurred.

At this time, the incident is still under investigation. Multiple people are being questioned and detectives are at the scene collecting evidence. Information will be updated as it is received.