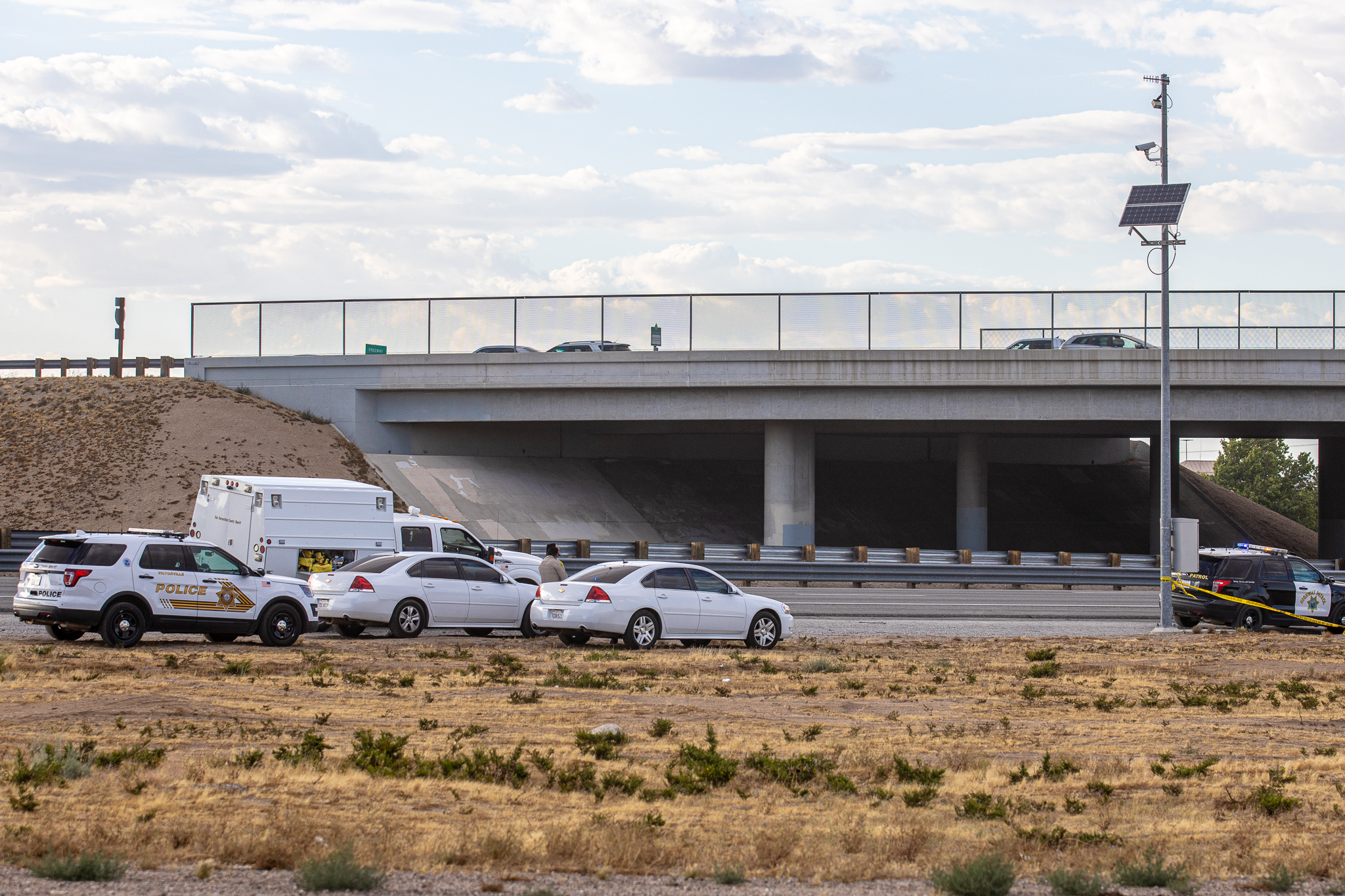 HESPERIA, Calif. (VVNG.com) — Eight hours after a man’s body was found along the I-15 freeway, authorities continue to remain on scene conducting the investigation.

As previously reported, on Monday, June 3, 2019, just before 11:30 am, deputies from the Victorville Police Department and officers with the California Highway Patrol responded to the I-15 freeway near the Bear Valley Road off-ramp following the report of a deceased male off to the side of the roadway.

First responders arrived on scene and pronounced the victim, a male adult deceased at the scene.

The body was covered with a yellow tarp and a portion of the desert along the shoulder was blocked off with crime scene tape.

Sheriff’s Spokeswoman Jodi Miller said detectives from the Specialized Investigations Division responded to the location to conduct the investigation.

“The investigation is ongoing, it has not been determined to be a homicide at this time,” stated Miller.

Related Article: CHP investigating after body found along the I-15 freeway in Hesperia