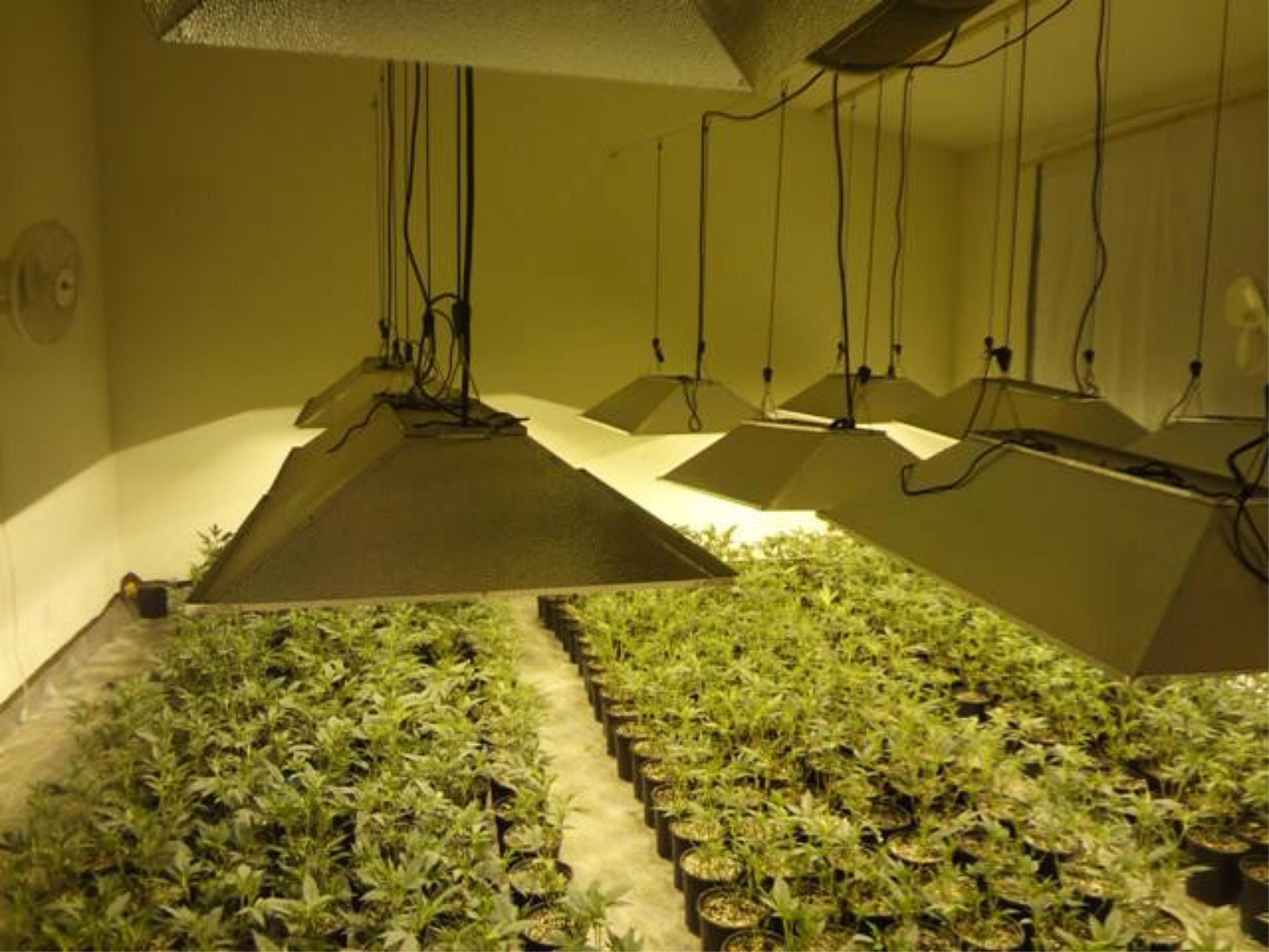 Investigators, following up on a recent anonymous citizen tip, developed information indicating unknown suspects were illegally cultivating marijuana in the residence and were likely stealing electricity to run the cultivation equipment. Upon entering the residence, located in an upscale neighborhood, investigators found that nearly the entire structure was being utilized to illegally cultivate marijuana.

No persons or evidence to suggest anyone was living in the residence were discovered inside. Narcotics investigators and Southern California Edison personnel determined an electrical bypass had been installed allowing for the theft of electricity to power all of the cultivation equipment. Six grow rooms inside the two-story 4,000 square foot residence were filled with 866 marijuana plants in various stages of growth.

Sophisticated cultivation equipment, to include high power grow bulbs, watering system, ventilation and air filtration, were found throughout the residence. The amount of electricity theft was determined to be in excess of $35,000. This type of electrical set-up is extremely dangerous in a residential structure, presenting a high potential for fire and electrical shock. Rancho Cucamonga Code Enforcement responded to investigate unapproved structural modifications to the residence. Interior walls had been removed and re-built to create some of the grow rooms, causing severe structural damage. This is an on-going investigation.