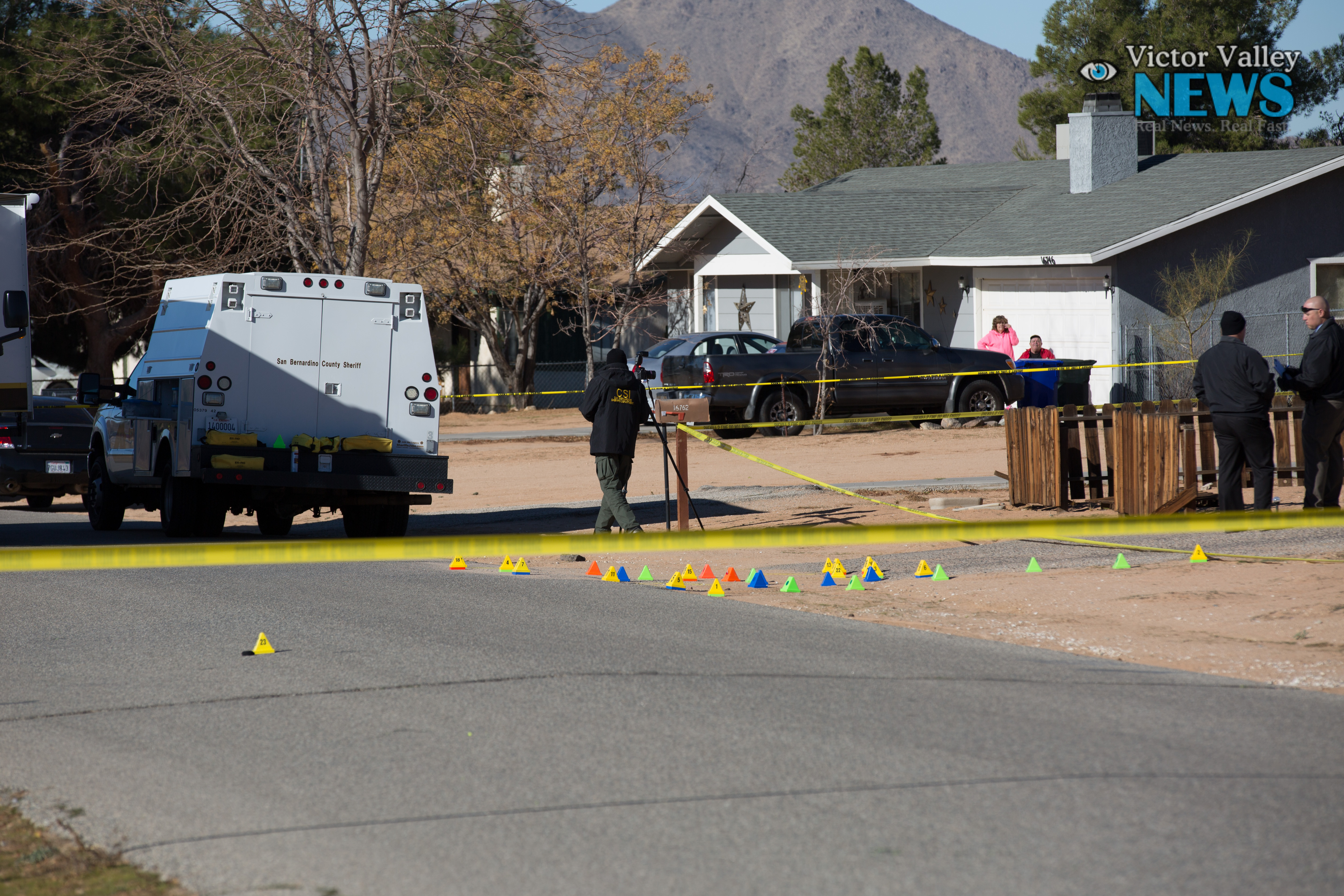 APPLE VALLEY, Calif. (VVNG.com) Detectives are investigating an early morning shooting that left one man dead after an alleged intrusion.

The incident occurred around 1:42 a.m. at a house located on the 16700 block of Pauhaska Road.

Detectives on scene confirmed a shooting occurred and one subject was killed by gunfire.

Per scanner traffic, the homeowner stated he shot an armed man who entered his home. He called 911 stating the suspect was lying on the living room floor.

More than two dozen evidence markers were visible in the street and sidewalk directly in front of the home.

“Investigators are not releasing details surrounding the shooting at this time,” stated Cindy Bachman, San Bernardino Co. Sheriff-Coroner in an email to Victor Valley News.

Join our live newsgroup on Facebook with over 82,000 members. Victor Valley News