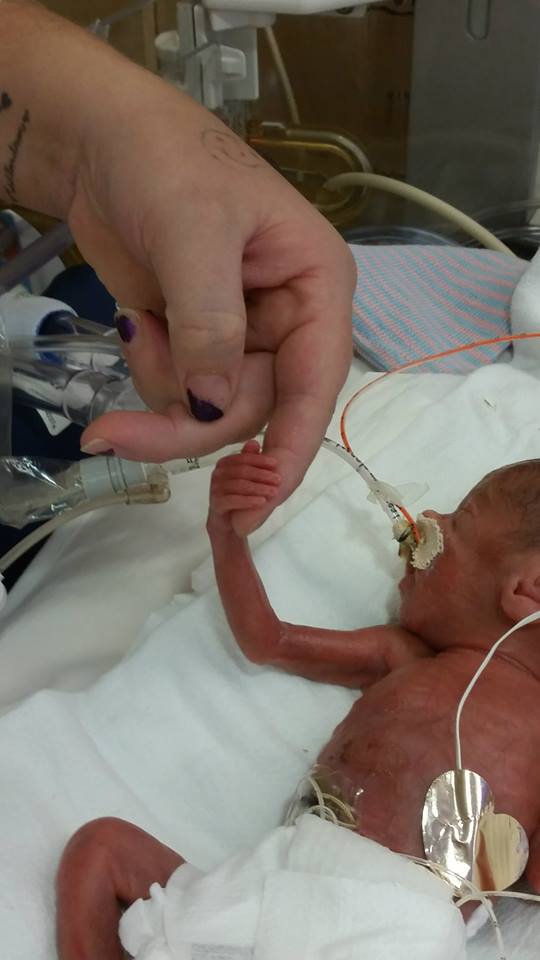 (VVNG.com)- Single mother, Kristy Thiem Nelson, 31 who resides in the Redlands area was 20 weeks and 4 days pregnant with her baby boy.  This was her first child so she was planning the normal uneventful birth of her first born child.

On July 5th, Kristy started to have contractions and upon going to Redlands Community Hospital they discovered she was already dilated to 3.3 and her cervix was tearing. The hospital staff stepped into action to reduce the risks to the unborn baby by keeping him in utero as long as possible. They planned to insert a cerclage, which is sutures used to keep the cervix closed in order to stop the premature baby from delivering.

After the daunting task of placing the cerclage, after the surgeon almost giving up he was able to get it in.  Kristy was then put on bed rest then after some observation was sent home to continue her bed rest 2 days later. After about a week on bed rest at home Kristy started bleeding, causing her mother to call the paramedics who rushed her to the hospital. Upon arrival the hospital staff found the cervix was fully dilated and the cerclage  had to immediately be removed. Kristy was put on Magnesium Sulfate, which can be used to slow uterine contractions to help protect the baby’s brain in during preterm labor.

Kristy was told to lay flat on her back and her head had to be tilted down to keep her baby in the womb as close as possible to his November 18th due date. At that time the staff knew premature delivery was imminent, but each day gives the premature baby a better chance at survival. Kristy lasted on bed rest in this position without delivering for 5 more days, delivering Logan Michael Thiem Nelson on July 19th, 2014, at only 22 weeks and 4 day, and about 4 months prior to his due date.

At birth Logan weighed 1 pound and 1.5 ounces and was 11 inches long, he was the smallest single birth baby that was ever born at Redlands Community Hospital. Now just over a month old, Logan is 1 pound 9 ounces and 12 inches long.  Logan was moved to Loma Linda hospital for Patent Ductus Arteriosus (PDA) surgery and will remain there until he is stable at which time they may decide to move him back to Redlands Community Hospital. On the morning August 21st his grandfather updated the Praying For Logan Facebook page saying the following, “He is still at 50% on his oxygen and was supposed to get more blood but he did not need it after all, Praise God!”.  To follow and support Logan’s journey please like the Facebook Page, “Praying for Logan”. 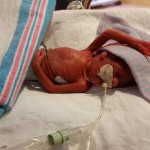 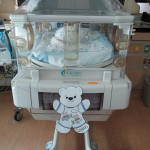 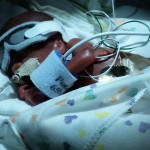 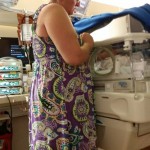 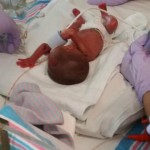 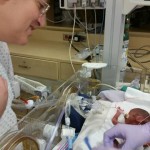 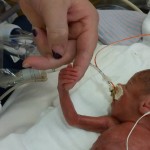 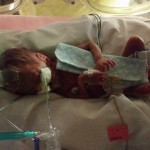 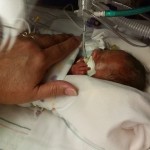