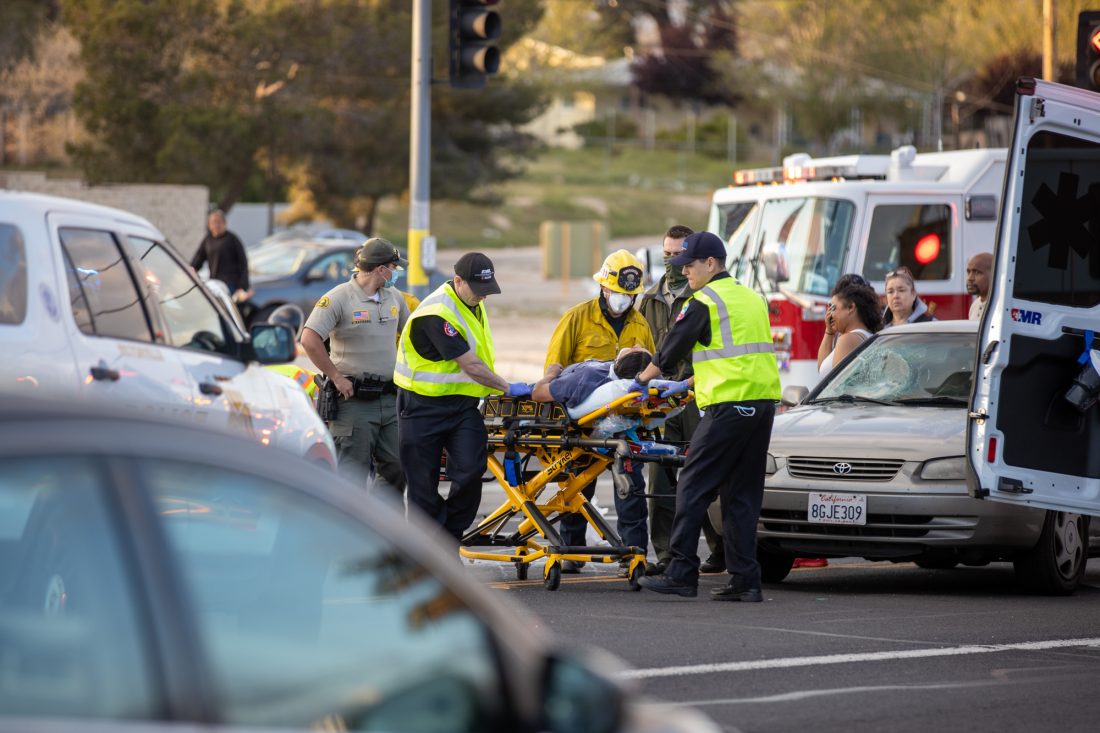 VICTORVILLE, Calif. (VVNG.com) — A male pedestrian was transported to a hospital after he was struck by a vehicle Monday evening in Victorville.

It happened at the intersection of 7th and Victor Streets at 6:46 pm, on April 20, 2020. Firefighters found the male pedestrian down in the roadway near the intersection.

For reasons still unknown, a man carrying a couple of bags was struck by a gold-colored 1998 Toyota Camry. The vehicle had major windshield damage.

A helicopter was initially requested but was later canceled and the pedestrian was transported by ground ambulance.

The female driver of the vehicle remained at the scene and was visibly distraught as she cooperated with officers.

Deputies from the Victorville Police Department will determine the cause of the accident. Anyone with information is asked to call Victorville PD at 760-241-2911.