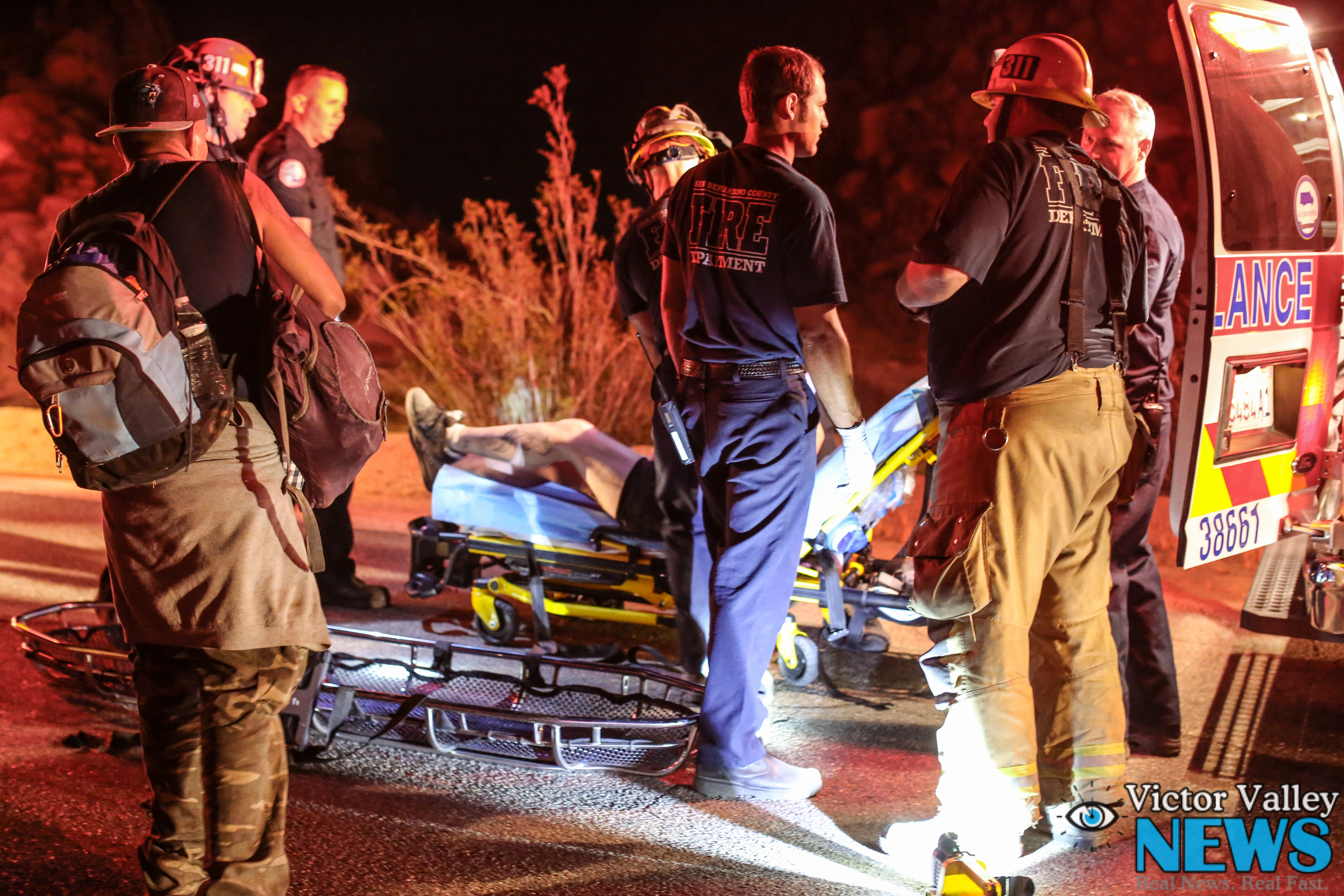 VICTORVILLE:(VVNG.com)-  The San Bernardino County Fire Department received a report of an injured female on a hillside near 11th Street and C Street in Victorville.

Shortly after 9:00 PM., on Sunday, June 12th firefighters responded to the rocky hillside near Kemper Campbell Ranch in eastern Victorville.

According to San Bernardino County Fire Engineer/Paramedic Ryan Vaccaro, the patient slipped and fell causing her to hit her head. “The patient was stuck in a canyon and was unable to walk out”.

Firefighters hiked towards the injured female carrying a stokes rescue basket. After securing the woman into the basket, firefighters were able to safely remove the victim from the hillside. It took firefighters approximately 30 minutes to rescue the woman.

The patient is in stable condition and was transported to a local hospital.

For the latest news in real-time join our Facebook group with over 67,000 members: VICTOR VALLEY NEWS