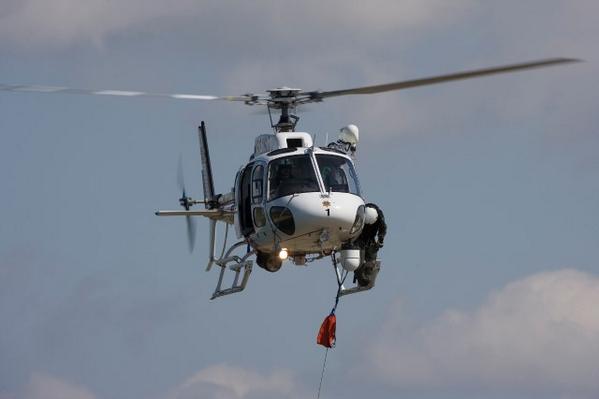 According to authorities, the hiker had suffered a non-life threatening injury while hiking in the mountain area of the resort.

AR306 located the injured hiker east of the resort in the mountains at about the 8200ft level.

The victim was in wooded area with steep terrain, which was surrounded by 80ft trees. Due to the nature of his injuries, and the terrain, the crew determined a hoist rescue of the victim was necessary. Sherwin was lowered about 100ft to the victim using the rescue hoist on the helicopter. Sherwin placed the hiker in a rescue harness, and Ells hoisted the victim, followed by Sherwin, into the helicopter.

The victim identified as Dillion Holman, a resident of Big Bear received treatment and stabilization of his injuries during the short flight to the landing zone located in the parking lot of the Bear Mountain Ski Resort. Care of the victim was transferred to Big Bear Fire Department for transport to Bear Valley Community Hospital.

Team VVNG Shows the Meaning of Community by Paying it Forward