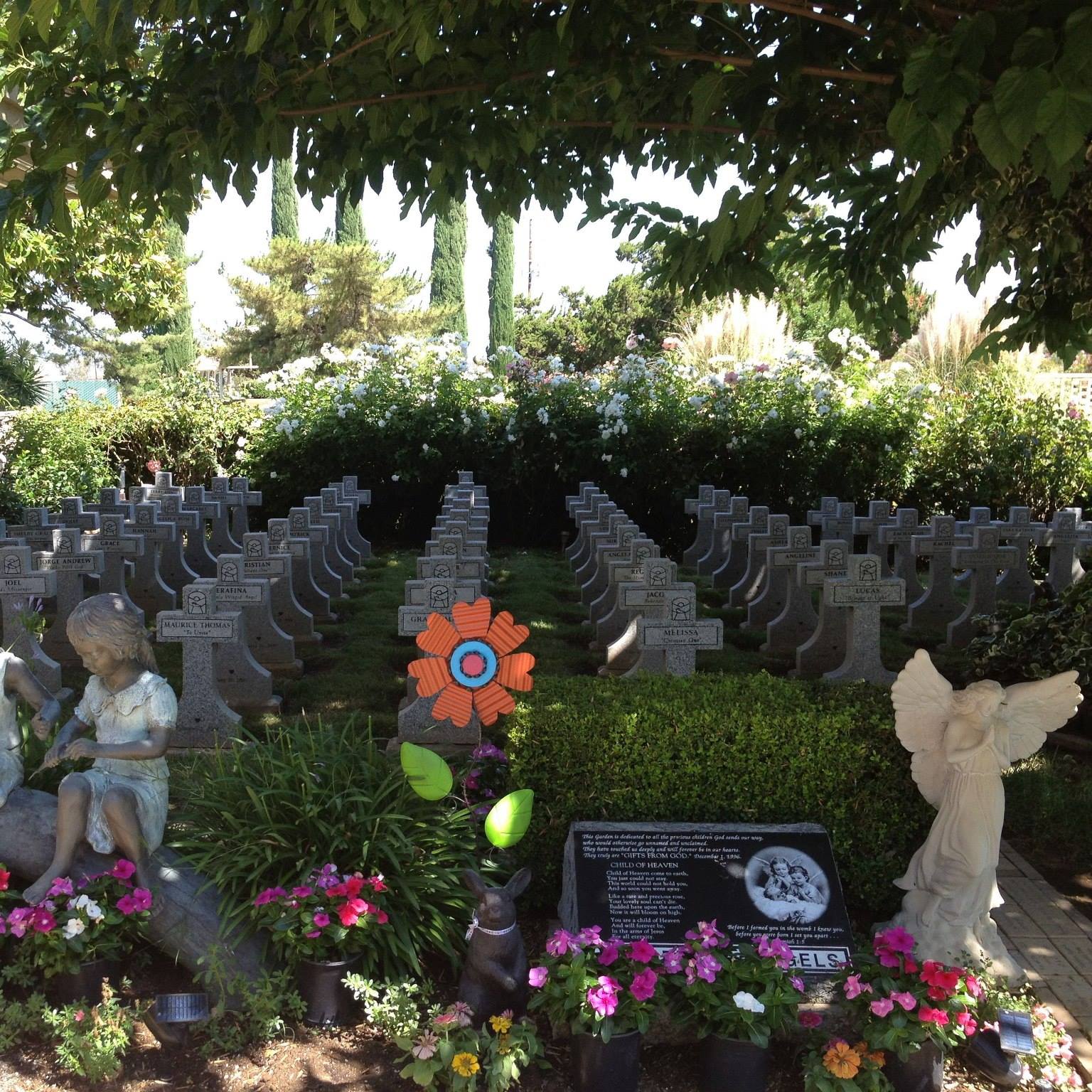 The Safe Surrender for Newborns law allows a distressed parent who is unable or unwilling to care for a newborn baby to legally, confidentially and safely surrender the baby to an employee at any hospital or fire station. Created in honor of the countless babies who have lost their lives to newborn abandonment, this law has provided safe refuge to numerous infants in similar circumstances.

“I am heartsick about what happened in Hesperia,” Faris said. “It serves as a tragic reminder to all pregnant women—no matter their age or circumstances—that the Safe Surrender Law makes a positive option available to them.”

For over 18 years the Garden of Angels has been a passionate voice in the prevention of infant abandonment. In 1996, Faris established The Garden of Angels at Desert Lawn Cemetery in Calimesa, California. “It honors these children with a name and showers them posthumously with the love that they should have received when they were born,” she said.

In late 1999—after burying an endless stream of newborns who were found tossed away like garbage—Debi Faris took the lead in implementing the Safe Surrender for Newborns law for the state of California. This law became effective in 2001. It helps ensure that the children who rest in the Garden of Angels cemetery did not die in vain. “It is their legacy,” Faris said. “We honor their memory, even as we mourn the loss of yet another newborn baby.”

The Garden of Angels, Inc. gives presentations (free of charge) at schools, colleges, clubs, churches, and civic organizations (youth through adult). Founder Debi Faris urges everyone to be a voice for these at-risk children and to talk openly and often about this life-saving law. “You never know who may need to hear that there are loving options for an unplanned or an unwanted child,” she says.