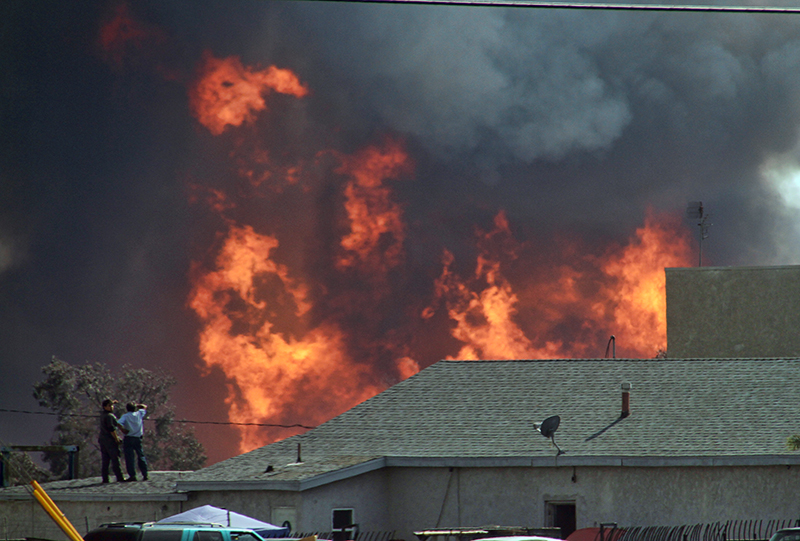 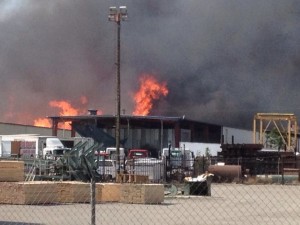 Fontana: Thick heavy black smoke could be seen by commuters traveling along the 15 freeway in the area of Rancho/Fontana. The fire burning is, reported to be an industrial pallet yard and was reported at around 3:45PM. The fire is burning near Arrow blvd & Sultana ave. According to CHP logs, a second fire spread on the west side of the original fire, in a trucking yard. Several semis in the way of firefighters had to be moved. 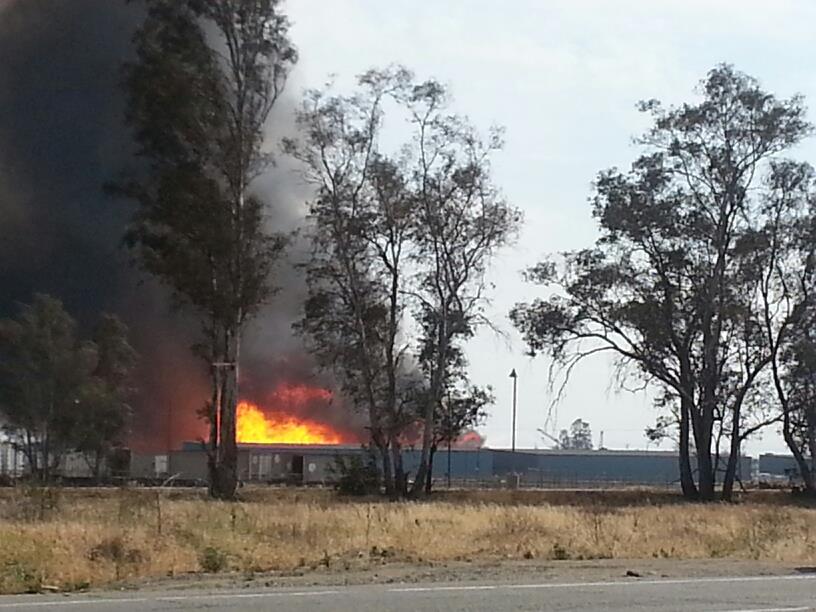 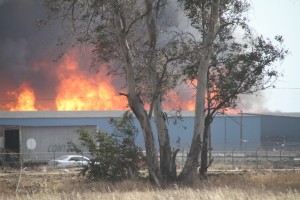 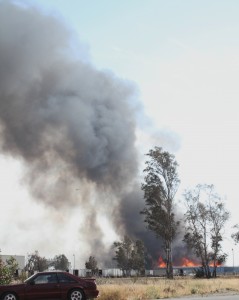