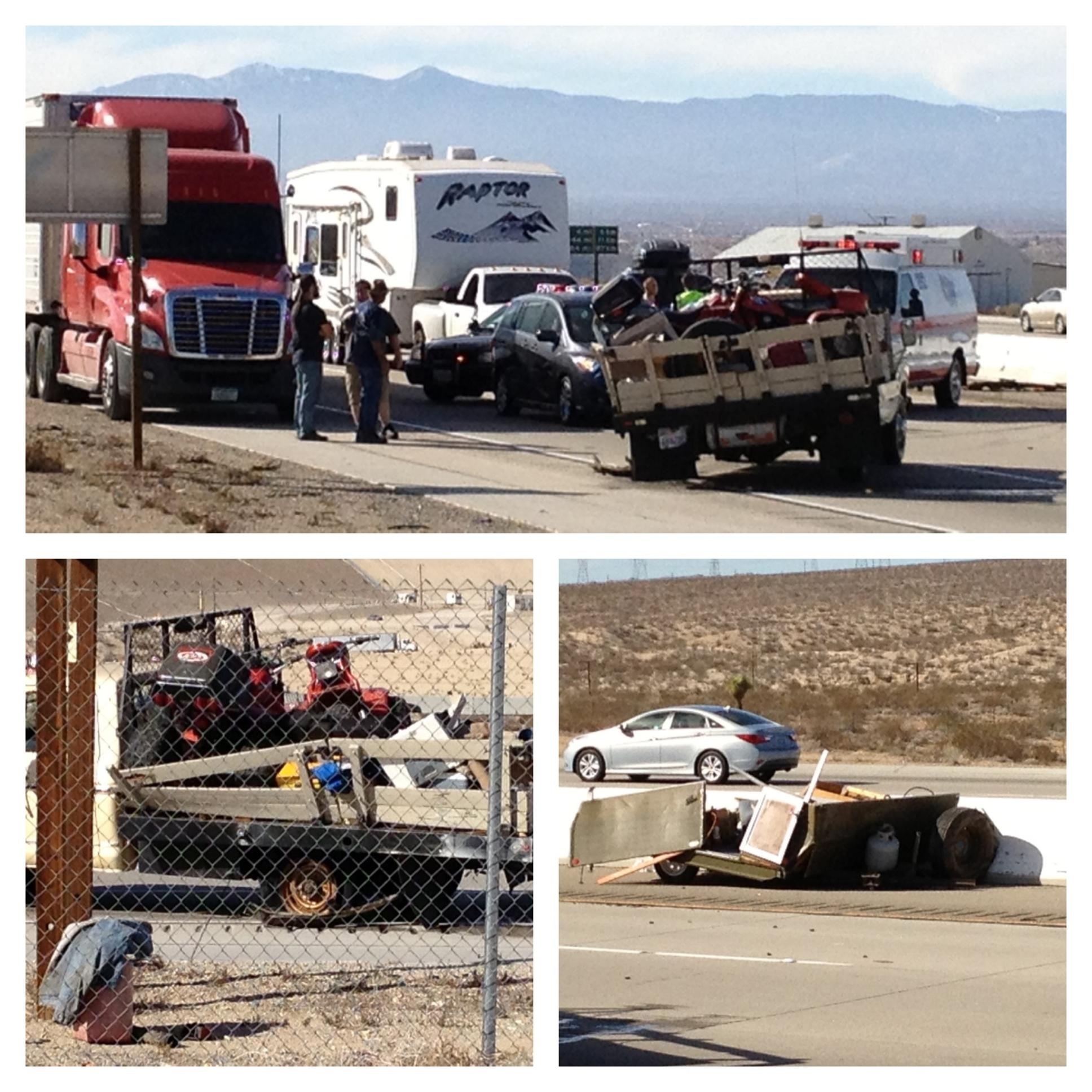 I-15 freeway north slows down after traffic incident.

A small trailer became detached from an older model truck, causing debris to spread across multiple lanes of traffic.

The incident was reported around 11:40 a.m. in the area of Stoddard Wells/ Bell Mountain exit.

All lanes of traffic were closed momentarily while medical personal arrived. One lane has been re-opened but delays are expected.

A gas spill from the truck was also visible. According to the CHP logs, a blown tire is believed to be the cause of the incident.