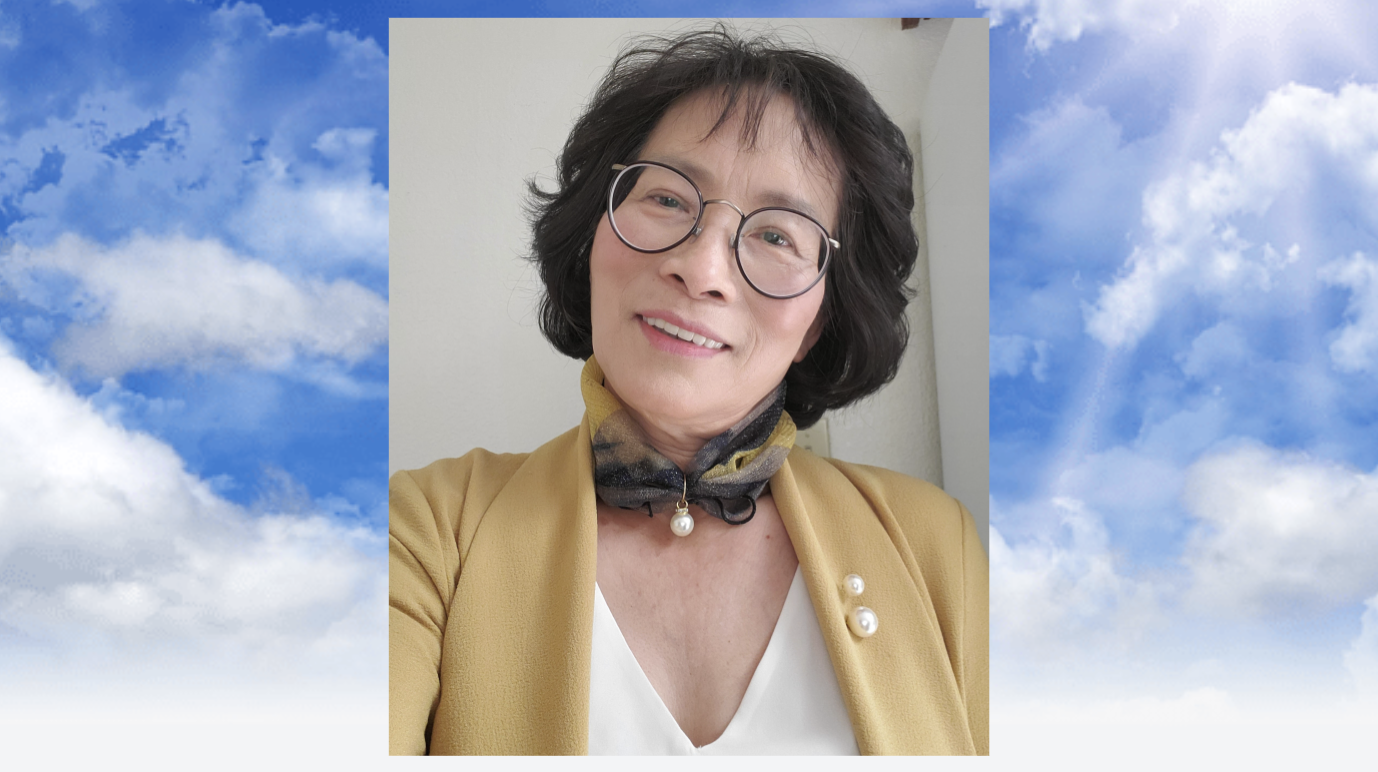 We are sad to announce that Eunhee (Eve) Sims, beloved mother, grandmother, and sister, was killed on Tuesday, Oct. 26, 2021, at 7:05 p.m., in a head-on collision with an intoxicated driver, in Hesperia, Calif. She was 62 years old.

Born in Seoul, South Korea, on Feb. 9, 1959, Eunhee was one of triplets. Her mother was told she couldn’t take her babies home until she paid the hospital bill, and the hospital placed Eunhee in its associated orphanage, where her name and birth were recorded as Eunhee Park, Nov. 10, 1968. When her parents came to pay the bill and claim her and her sisters some months later, they were told that she had been adopted to a family in the United States. She was lost to her birth family.

Eunhee was loving and tenacious. In the orphanage where she grew up, Eunhee made her own family. One by one the other orphan siblings were adopted. But Eunhee never was. She later searched for, found, and was reunited with many of her orphan family. She remained in contact and was close to many of them until her tragic death.

In 1982, Eunhee was working as a secretary at a Seventh-day Adventist school in Seoul, when she met a young missionary assigned to teach English, David Sims. He called her Eve. She married David on December 28, 1983, and together they moved to the United States in 1984. They had two children together: Jonathon Sims, born June 1986, and Elyssa Sims – now Zujic – born February 1992.

Eunhee never gave up on finding her birth family, either. Eventually, she learned her real birthdate, family name, and the names of her mother, Ok Soo Yu, and her father, Bong Byun II. Despite years of searching, she was never able to locate her sisters, and it is unknown if her sisters are still alive. Although her mother and father both passed away before Eunhee could reunite with her parents, she did meet her brother, Jae Whan Byun, and establish ties with him and his family.

Eunhee and David lived in many places during their 31 years of marriage: Korea, Taiwan, California, Oregon, Washington, and British Columbia, Canada. She successfully made each of the many places she lived home for her family. She loved to entertain guests and cook, and she wouldn’t let anyone go hungry under her roof. She loved to garden, travel, and sew clothes from scratch. God meant everything to her and she loved to be involved in her church. She loved her children and grandchildren and spent every moment she could with them.

In the summer of 2019 Eunhee was able to take a trip to South Korea with her son, daughter, and their spouses, she was able to fulfill a long time wish of having her adult children with her in Korea, and be able to show them around to the many places where she had memories including where she was born and grew up. They also were able to spend a few days with her brother on Jeju island.

Her family had recently expanded. In 2020 Eunhee became a grandmother: Jonathon and his wife (Kelsey Booth-Sims) had a son, Nathan Sims in March 2020. Elyssa and her husband (Elisha Zujic) had a son, Evalic Zujic, in June 2021. She was proud of and adored her grandchildren, and was thrilled to finally have become a grandma. She took every opportunity she could to visit her children and grandchildren.

Eunhee moved to Victorville, Calif., where she was living at the time of her death. She worked at Apple Tooth Children’s Dentistry for Samuel Ko, DDS. She loved working with children and had a special way of calming and comforting them during their dental visits.

Eunhee will be remembered as a loving, kind, and selfless woman, who loved and cared more for others than for herself. She was a devoted Christian who loved God and showed what it meant to be a Christian.

Eunhee is survived by her son Jonathon and his wife Kelsey; daughter Elyssa and her husband Elisha; grandchildren Nathan, who she called Chookbok, and Evalic, who she called Geum, and an unborn child of Jonathon & Kelsey; brother; Jae Whan Byun nieces; Sun Hyung Byun, and Ga Yun Byun, nephew; Gyung Tae Byun, her orphan siblings; and countless friends.