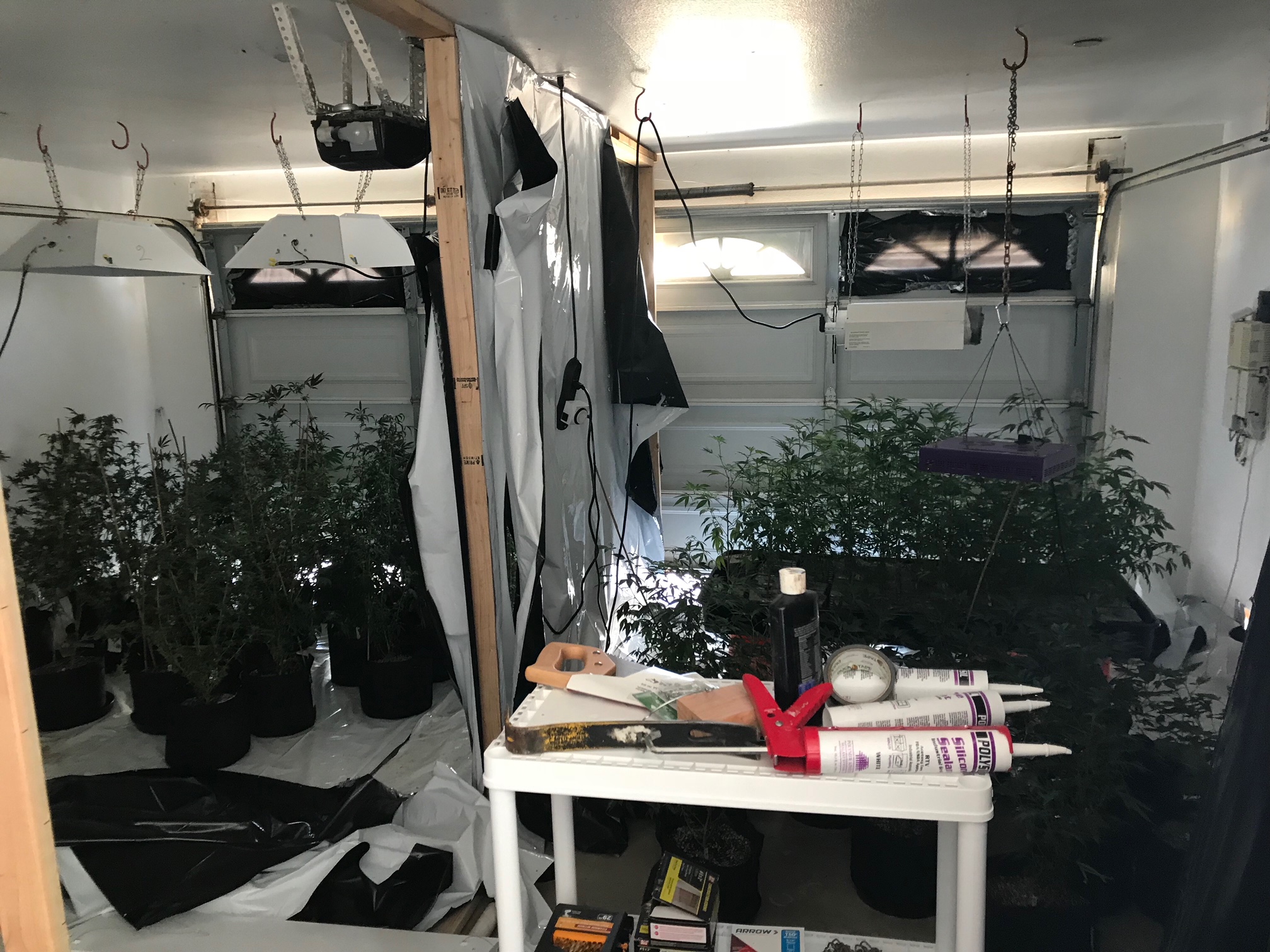 VICTORVILLE, Calif. (VVNG.com) — A Friday morning search warrant at a Victorville home led officials to the discovery of an illegal THC extrication lab, an indoor marijuana grow with 325 plants, and over 20 fighting roosters.

Gregory Sams, 38, of Highland, was arrested near the residence after he attempted to flee on foot as deputies arrived, officials said.

On March 30, at 8:00 am, Deputies with the Rural Crime Task Force and sheriff’s deputies served the warrant in the 13000 block of Begonia Road reference an illegal bird-fighting operation.

During the search, “over 325 marijuana plants, in various stages of growth, along with over 40 pounds of processed marijuana and 3 pounds of concentrated THC were found inside the house,” stated a sheriff’s news release.

Officials said advanced lighting, air conditioning, fans, and exhaust blowers were used to control the climate inside the residence as well as an air-filtering system to control the odor of marijuana. Investigators also found the electricity at the location was being stolen to facilitate the grow operation. Personnel from Southern California Edison (SCE) assisted in the electrical theft investigation.

The Sheriff’s Marijuana Enforcement Team and San Bernardino County Fire personnel responded to the location and assisted with the investigation due to the hazmat situation. They located approximately 400 butane cans inside. The extreme measures used to illegally grow marijuana and extract THC endangers the public living near the residence. The potential for an explosion and fire when extracting THC are high due to the materials used.

Bird fighting supplements, feed, tethers and fighting implements were also located. Many of the roosters had their combs and waddles groomed for fighting. San Bernardino Animal Control responded and assisted with the birds.

Sams was arrested for TCH extraction lab and booked at the High Desert Detention Center and is being held in lieu of $500,000.00 bail.

Anyone with information regarding this crime is urged to contact Deputy Oakleaf or Deputy Corey Lawrence at Victor Valley Sheriff’s Station, (760) 552-6800. Persons wishing to remain anonymous can report information to WeTip by calling 1-800-78-CRIME, or by accessing the website at www.wetip.com.