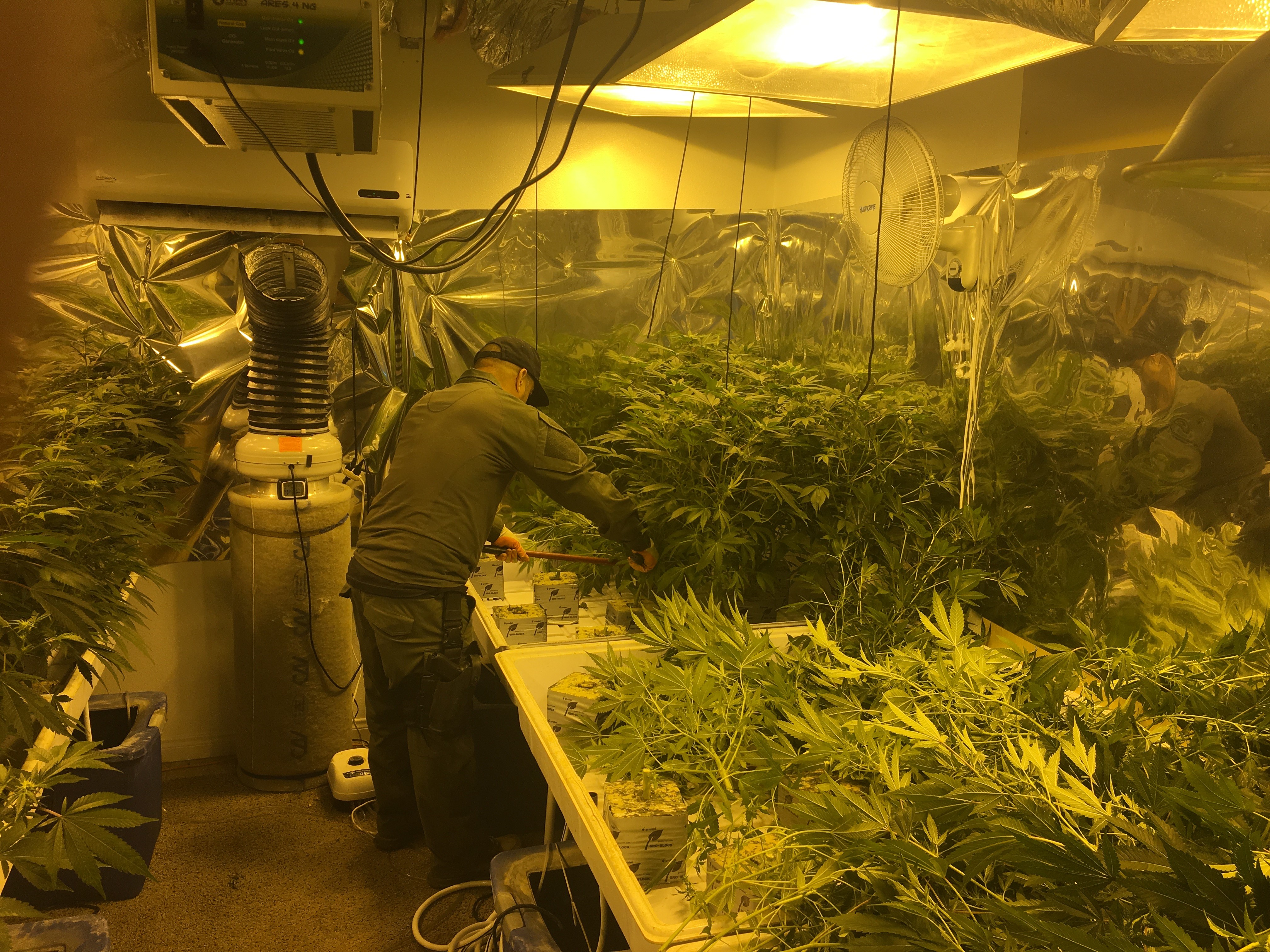 VICTORVILLE, Calif. (news release) – Authorities discovered an illegal indoor marijuana grow at a home in the 13600 block of Dean Place in Victorville .

Investigators found an illegal indoor marijuana grow inside with over 700 marijuana plants, over 40 pounds of processed marijuana and determined the electricity used to power the growing equipment being stolen. Personnel from Southern California Edison (SCE) assisted in the electrical theft investigation. The loss to Southern California Edison is estimated to be several thousands of dollars.

Investigators were contacted by several concerned citizens regarding the activity at the residence. Deputies located the illegal marijuana grow but there was no one at the residence. Most of the rooms throughout the residence were used to grow the marijuana plants. The grow operation used advanced lighting, air conditioning, fans, exhaust blowers and an air-filtering system to control the climate inside the residence.

California’s newest form of cannabis regulations and laws, known as MAUCRSA, went into full effect on January 1st. The City of Victorville has an ordinance prohibiting Commercial Cannabis Activity which includes growing more than six marijuana plants at a residence. Additional information regarding what is allowed can be found in the Victorville Municipal Code in Chapter 13.150 – Commercial Cannabis Activity.

The suspect(s) will face criminal charges for the illegal Cultivation of Cannabis; over 6 plants and Theft of Utilities (Electricity).

Anyone with information regarding this investigation or is urged to contact the Sheriff’s Gangs/Narcotics Division at (909)387-8400 or [email protected]. Callers wishing to remain anonymous are urged to call the We-tip Hotline at 1-800-78-CRIME (27463) or you may leave information on the We-Tip Hotline at www.wetip.com.

L.A. County set to build its first new freeway in 25 years that will connect to High Desert