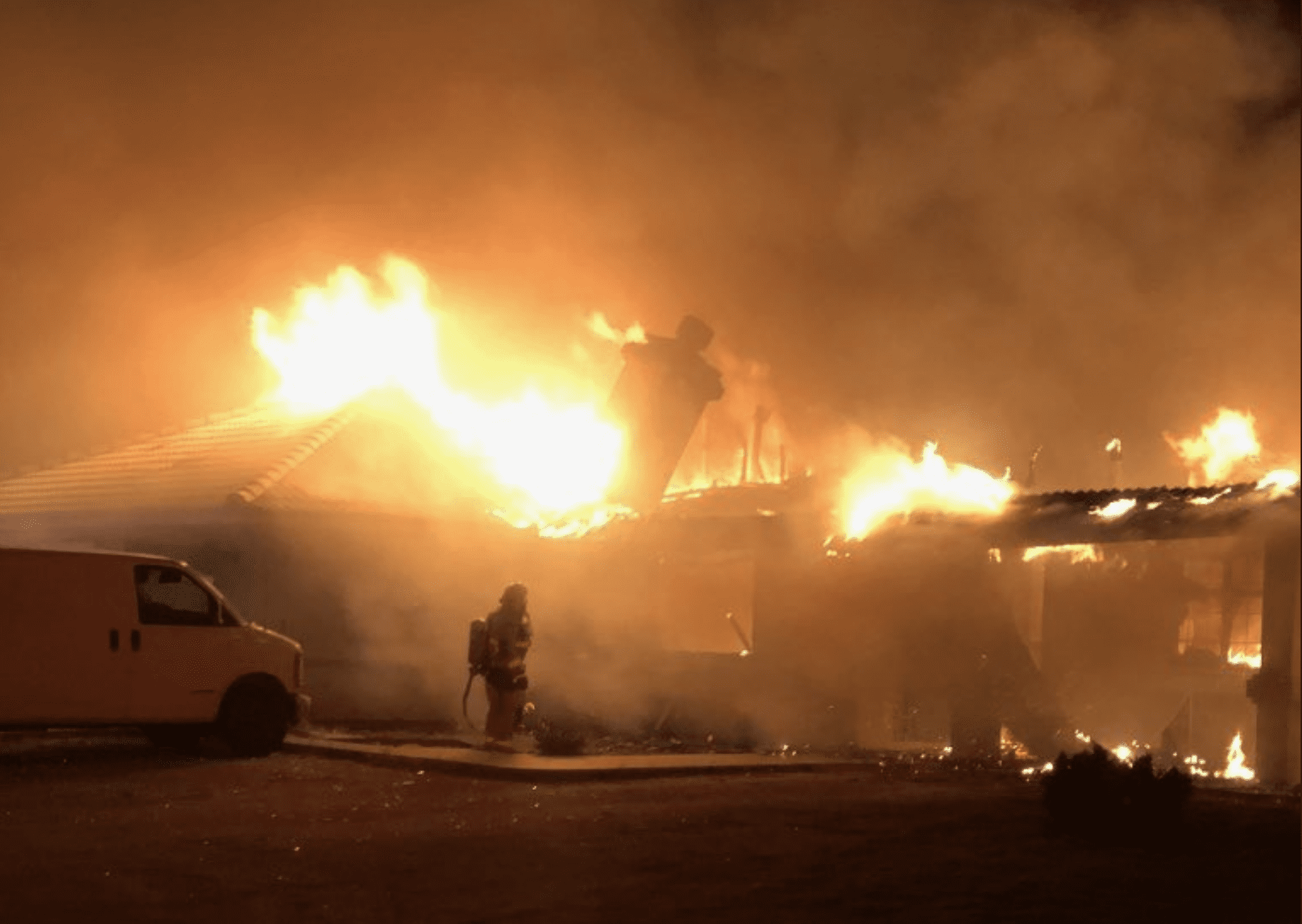 According to a San Bernardino County Fire news release, “Crews immediately deployed multiple hose lines and initially took a defensive approach, due to significant involvement. Once crews were able to transition to an offensive approach they noticed there was an illegal marijuana grow operation.”

Crews were also faced with electrical hazards during the firefight. A life hazard alert was initiated and Edison was immediately requested, officials said.

Firefighters were able to get knockdown on the fire approximately one hour after it started.

No civilian or firefighter injuries were reported. SBCoFD responded one Battalion Chief, three Engines, one Truck and one Medic Ambulance assisted by one engine from Cal Fire.