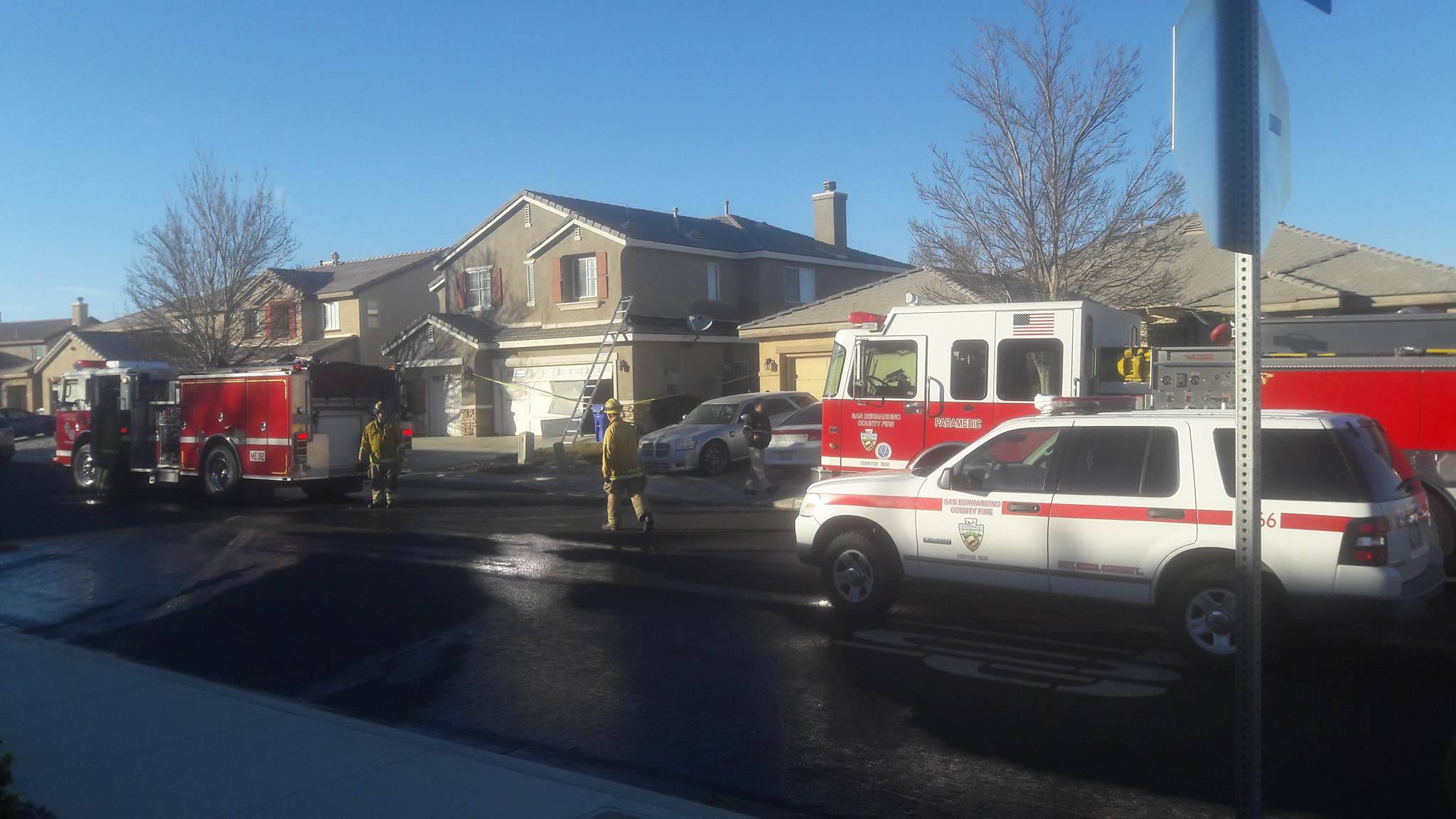 VICTORVILLE, Calif.(VVNG.com) – A house fire led to the discovery of an illegal indoor marijuana grow at a Victorville home Saturday afternoon.

On December 17th at about 2:50 p.m., San Bernardino County Firefighters responded to a residential structure fire on the 13700 block of Dove Court in Victorville.

When firefighters arrived at the scene, they located light smoke showing from a 3,480 sqft. two-story home.

The fire is suspected to have started in an electrical panel, and extended into the structure, according to a tweet from SB County Fire.

The majority of the fire was knocked down by 3:05 p.m. Firefighters conducted a primary & secondary search of the residence and everything checked out clear.

San Bernardino County Sheriff’s Bombs & Arson was requested to respond to the scene, along with Southwest Gas and Southern California Edison.

Per scanner reports, a drug lab was located inside the residence. Neighbors told Victor Valley News, deputies were seen hauling as many as 40 black large garbage bags containing marijuana. Grow lights and other materials used in the indoor cultivation of marijuana were also confiscated.

No injuries to civilians or firefighters were reported as a result of the fire.